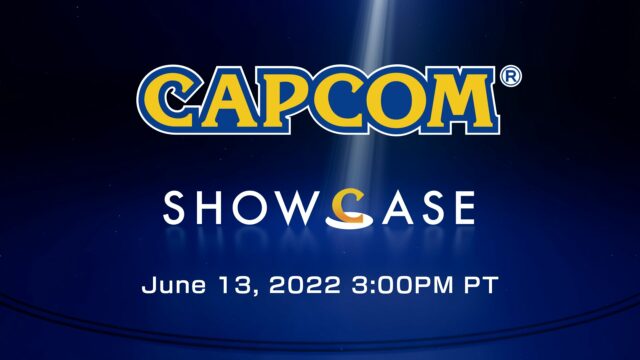 Capcom has announced its plans to host an all-digital Capcom Showcase on June 13th, 2022. The virtual event promises to deliver “the latest Capcom game information,” according to the publisher.

Announced by the studio, Capcom is joining in the Summer Game Fest activities by hosting its own event. On Monday, June 13th, Capcom’s showcase will run for an estimated 35 minutes and will focus on “news and in-depth updates on previously announced Capcom titles.”

Introducing the #CapcomShowcase, a new livestreamed digital event bringing you the latest #Capcom game information. Tune in on June 13, 3pm PT for around 35 minutes of news and in-depth updates on previously announced Capcom titles.https://t.co/fcLu2YjbYs pic.twitter.com/XHZu7iKJzz

Given that Capcom had a hefty presence at Sony’s State of Play, we have a rough idea of what to expect. One of the biggest tentpole reveals at the event was that a remake of Resident Evil 4 is in development and is scheduled to launch on March 24, 2023. Additionally, another look at Street Fighter 6 was shown at the event with a 2023 release.

Resident Evil Village was also highlighted at Sony’s State of Play due to the incoming support of PSVR 2.

Capcom is likely to touch on a few if not all of these announcements, giving further details on their development and core features. However, there are also a few notable games already announced that Capcom could touch on as well. This includes the previously announced Resident Evil Village DLC or Resident Evil Re:Verse. Pragmata is another title that has been announced that we know very little about.

The Capcom Showcase will be live streamed on Capcom’s Twitch and YouTube channels at 6 PM ET/3PM PT.

In relevant news, Capcom was also featured at Apple’s WWDC 2022 keynote. Capcom’s advanced technical research division manager Masaru Ijuin came on stage to announce that Resident Evil Village is coming to Mac “later this year”. The game is being powered by Apple’s new ‘Metal 3’ software and will be able to be run at 1080p on the 2022 MacBook Air and 4K on Mac Studio.