A couple of months back, Facebook unveiled Gifts, the company’s social gifting e-commerce service. Today, the company has joined hands with Apple, allowing purchase of iTunes credits for friends using Gifts, as noted by AllThingsD. 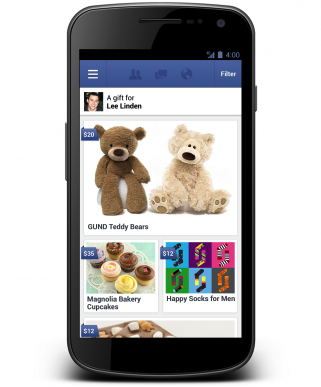 Facebook has recently undergone a series of new partnerships, including subscriptions to Hulu, Pandora and Rdio. It’s no coincidence that the iTunes deal is being announced on Cyber Monday, coming just before what is expected to be a banner retail sales season. Although Facebook and Apple have had a long, troubled history of working together, particularly when the two companies failed to come to terms on integrating Ping.

“It works the same as all other purchases made through the Gifts product. Choose an item to send to a friend through Facebook (in this case the iTunes digital gift), and you’ll pay via your credit card through Facebook. Right now, most of the options Facebook offers are physical goods like food, toys and apparel”.

“Gifts, work just as well on Facebook’s apps and mobile Web site as they do on the desktop. Now, along with notes and photos, users can posts Gifts directly to their friends’ Timelines with the addition of a “Gift” button, squarely placed inside of the text box on each profile.”

So guys, do you think bringing Apple on as a Gifts partner will amount to building a significant revenue stream for Facebook?