Design firm MisoSoupDesign has developed the world’s fist ramen bowl that features a built-in iPhone dock. Called the “Anti-Loneliness Ramen Bowl”, the bowl will hold your iPhone at the ready so you’ll never eat alone again (via TIME Tech). With Anti-loneless, you can keep in contact with friends and loved ones while you eat. 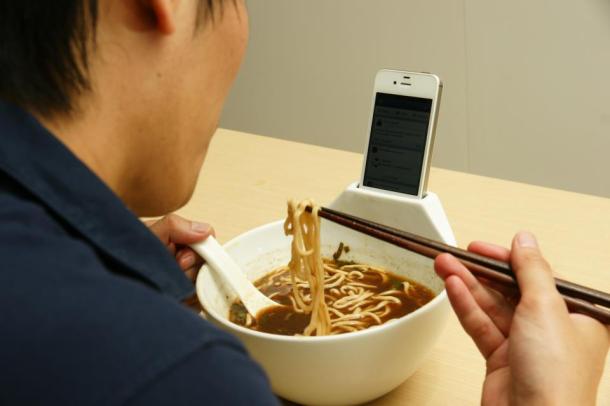 There’s currently no word on pricing or availability other than a Facebook photo from late November stating that the product “will be available soon.” MisoSoupDesign has created samples of the bowl in black white and red colours.

This ramen bowl features a built-in iPhone dock. The genius of our civilization beams forth with the brightness of a million laser pointers.

The angle of the dock seems like your iPhone’s front-facing camera would be perfectly positioned for video chatting. “Those noodles look so up-close and lifelike as you shove them into your mouth!” squeals your long-distance girlfriend. “And your ability to talk and chew at the same time makes you a more desirable mate than other suitors – even those in the same city as I!” 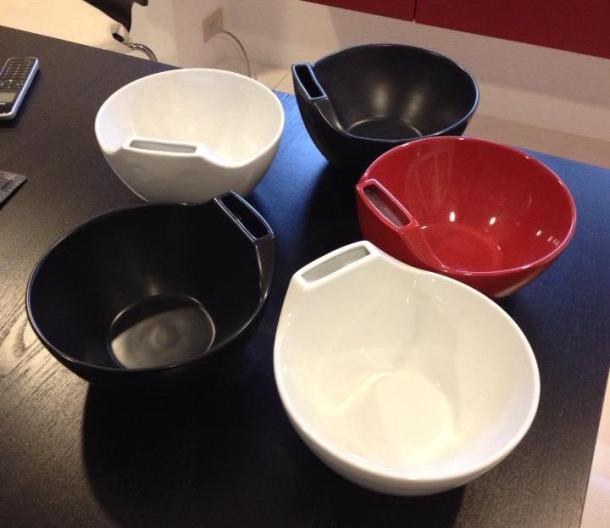 Do you plan on getting one of these once the product goes on sale? If yes, how much are you willing it pay for it?