Apple Canada has posted the details of their 2011 Black Friday sale online. The prices are as follows: 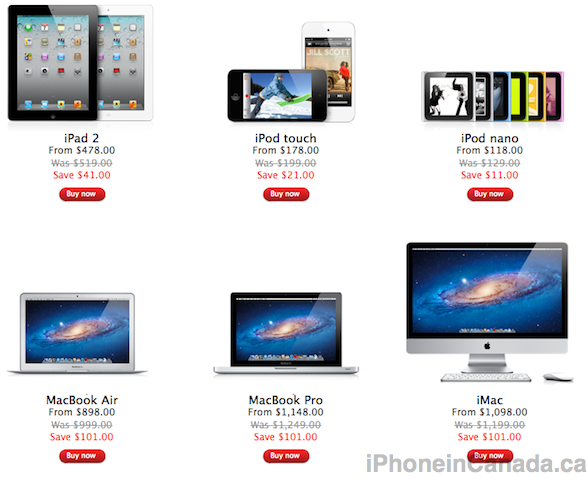 Here are the prices from the 2010 Black Friday Sale in Canada:

As expected, the discounts are similar to last year’s pricing. There are some minor savings on a variety of accessories too. Still, money saved is better than nothing right! Who’s going shopping today?
Don’t forget to check out our 2011 Black Friday Online Sales Round Up!