Apple has started to sell (PRODUCT) RED iPhone 4 bumpers, which can now be seen on Apple.ca. The bumper was first noted last light to appear as noted by 9to5Mac. The bumper works with the iPhone 4 and iPhone 4S and is priced at $29 CDN, and its current availability is noted as 4-6 days:

Dress up your iPhone with an iPhone 4 Bumper. Choose one of six colors or (PRODUCT) RED and slip it around the edge of your iPhone. With metal buttons for volume and power, two-tone colors, and a combination of rubber and molded plastic, Bumpers add a touch of style to any iPhone 4S or iPhone 4. 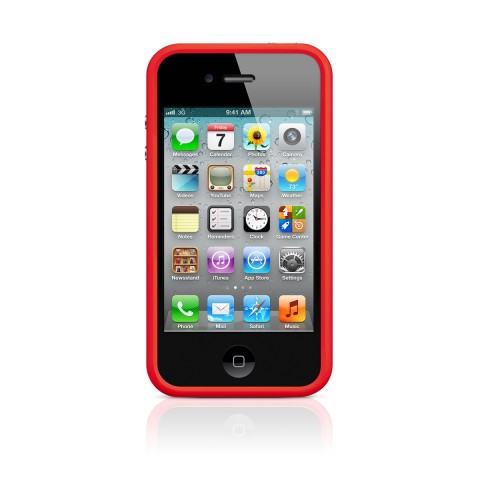 The (PRODUCT) RED campaign was started back in 2006, when U2’s frontman Bono approached Steve Jobs for a collaboration. The original logo was supposed to be written like this: (APPLE)RED. But, as revealed in the Walter Isaacson biography on Jobs, the late former Apple CEO did not like it:

“I don’t want Apple in parantheses,” Jobs insisted. Bono replied, “But Steve, that’s how we show unity for our cause.” The conversation got heated–to the F-you stage-before they agreed to sleep on it. Finally Jobs compromised, sort of. Bono could do what he wanted in his ads, but Jobs would never put Apple in parantheses on any of his products.