When the CDMA iPhone 4 landed on the Verizon network in the US, Apple quietly released a revision to their iPhone 4 Bumper case. The Bumper was offered free to users (and refunds for those purchased) after the fallout of ‘Antennagate‘. The original design was criticized by many as being ‘loose’ around the edges and the 30 pin connector area wasn’t wide enough to accomodate 3rd party connectors.

The latest Bumper from Apple has some subtle changes, which makes it compatible with both GSM and CDMA versions of the iPhone. The area around the mute/silent switch now has a thinner outline to make sliding of the switch easier. Also, the most notable change has been the expansion of the Bumper along the 30 pin connector. It’s now substantially wider and taller to ensure other connectors will fit as well.

The 2nd gen Bumper also fit our iPhone 4 a bit snugger than before, as it feels smaller. Pinching the sides of the Bumper against my phone no longer was possible (there used to be a ‘gap’). The volume buttons and sleep/wake button no longer ‘rattle’ when shaken.

If you’re using the original Bumper and are frustrated that your 3rd party connectors won’t fit, I’d consider giving Apple a call for replacement. This new version appears to be improved, albeit slightly. 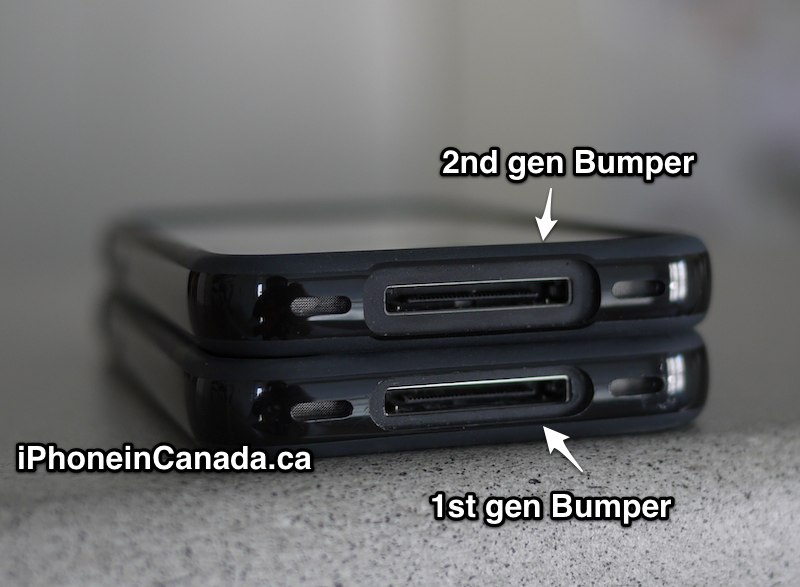 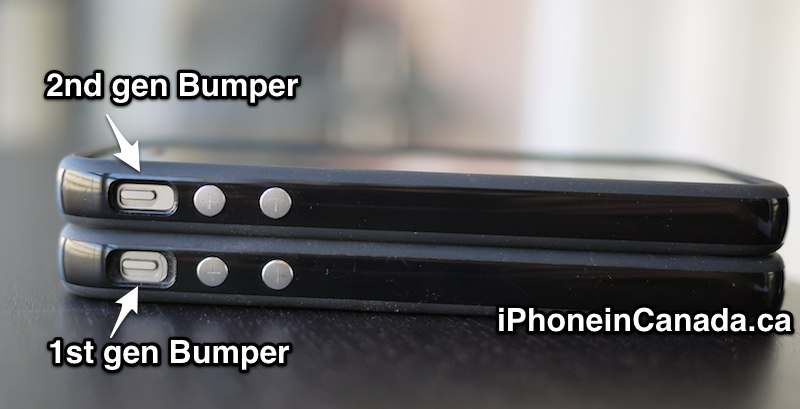 Are you still using your Bumper case with your iPhone? Do you have the original or revised version?