This week Apple has updated its Universal Dock accessory package which provides users with a charging and syncing solution for iPhone and iPod. The dock also provides a method for users to attach their iPhone or iPod to a stereo, TV, or receiver.

In terms of the update, the actual dock itself is unchanged but the package contents have been modified to include the company’s new aluminum remote 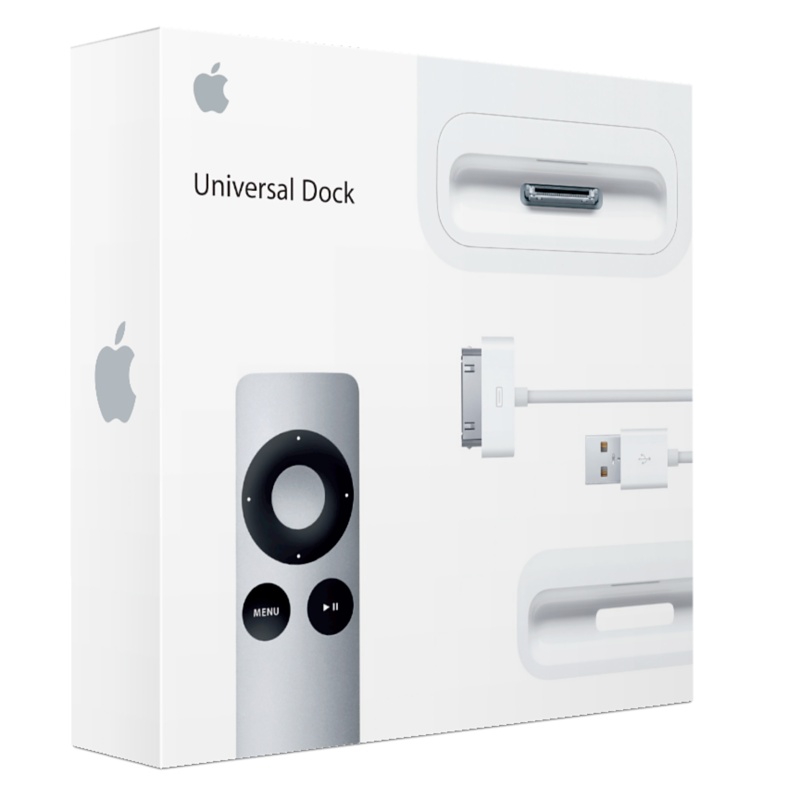 instead of the previous white remote.

The new universal dock package apparently still does not include a USB power adapter or a USB to Dock connector cable, which is odd considering that Apple has raised the price of the package from $55 to $65 and that there is a photo of the USB cable on the box.