Starting in early 2010, a new law in Greater Vancouver will ban the use of cellphones while driving. Users will be required to use either a handsfree device, such as a Bluetooth headset. If you’re not keen on wearing a Bluetooth headset, you’re going to enjoy using the BlueAnt Visor Bluetooth S1 car kit.

The BlueAnt S1 has a clip that securely fits onto your sun visor. The clip can be removed and inserted in either direction. The device itself has four buttons: a green multifunction button (pairing, answering, voice dialling, redialling, transferring audio), volume rocker buttons, and a red button for ending and rejecting calls. There’s an LED on the front side that flashes when the S1 is on.

One of the most important features of any Bluetooth handsfree device is the sound quality. How well does your voice sound to your caller? Is there an echo or feedback? Is it obvious you’re on a Bluetooth speakerphone? These were the questions I asked my caller while I did my review. 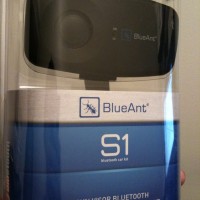 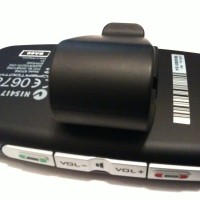 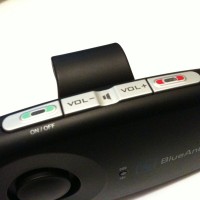 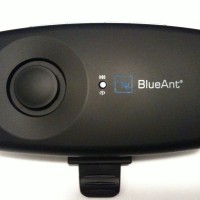 BlueAnt S1 and Pairing With my iPhone 3GS

Pairing the S1 with my iPhone was extremely easy. Once paired, the S1 will automatically connect to the iPhone when turned on, as along as Bluetooth is activated on the iPhone. By pressing the green button, I was able to use Voice Control and dial my contacts hands free. I highly suggest creating “nicknames” in each of your contacts for increased success using Voice Control. When I say “Call my wife”, Voice Control never fails to follow through.

The speakerphone on the S1 was nice and loud. It was very clear and made talking handsfree with my iPhone a breeze. You can also play music through the speakerphone, however don’t expect much though. The sound is more for casual listening as it’s not the greatest.

After Some Unscientific Tests: The BlueAnt S1 Is Awesome

I made test calls with my wife and a few of my friends. Each time, I did not tell them I was using a Bluetooth car kit, until about 1 minute into the conversation. When I did bring up that I was on a Bluetooth speakerphone, nobody noticed! They couldn’t tell any major differences at all.

After it was obvious I was testing out a new handsfree device, they said the quality was excellent and sounded pretty much the same as a normal conversation. The S1’s noise cancellation feature really does the trick.

If you’re looking for a good sun visor Bluetooth solution, I would suggest the BlueAnt. Buy it and test it out for yourself. I enjoyed it’s ease of use, sound quality, and quality design. Take a look at the helpful BlueAnt S1 Userguide for a more detailed look at the product.