Developed by Zero1.tv, VooMote Zapper is a new universal remote control for iOS devices which is now available for purchase at the online Canadian Apple Store for $69.95. The VooMote Universal Remote Control comes with the free VooMote Zapper App which works with all iOS 5 devices. The remote control is about the size of a paperclip and fits into the dock connector of any compatible iPhone, iPad, or iPod touch and works without requiring any batteries. Even better, with VooMote Zapper, you can create custom remote layouts, programming and much more for all your A/V equipment such as HD TV, Blu-Ray / DVD player, Home theater etc. 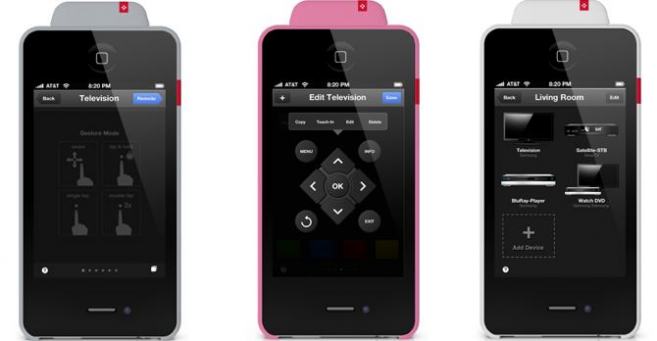 The VooMoteZapper comes in a variety of refreshing colors including red, green, blue, pink, and gray. Here are the official specs: