A couple weeks ago ZAGG introduced free shipping promo to Canada on orders over $29.98, and that promo is set to expire anytime now as the initial offer is only valid for two weeks.

We recently reviewed the ZAGG invisibieSHIELD EXTREME (qualifies for free shipping) for the iPhone 5 front and also previewed their new ZAGGsparq line up.

We recently were sent the new ZAGGkeys PROplus Bluetooth keyboard for the iPad, which includes a new backlit keyboard and magnet latching system. It’s actually pretty awesome, so stayed tuned for a review over at iPadinCanada.ca. 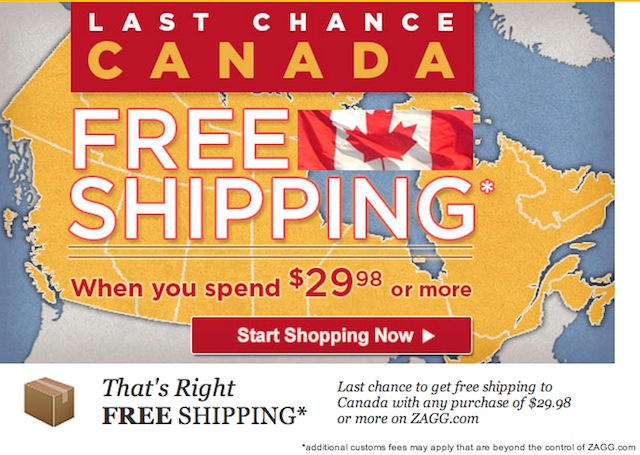 Click here to visit ZAGG.com before the promo ends!