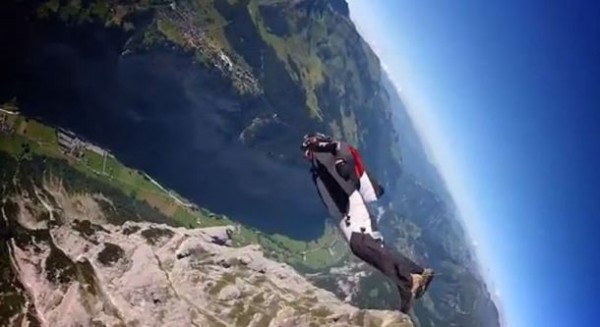 iPhone cases are meant to help protect the iPhone when dropped, right? Well how about this G-Form case, in a recent test the case helped the iPhone survive a 1,000 foot drop out of a helicopter. In past tests performed by G-Form, an iPhone survived slap shots (hockey), an iPad was dropped from space (and survived), and an iPad was thrown out of a speeding car.

Although you’re not likely to drop your iPhone from heights higher than 5 to 10 feet, these tests are undergone to show just how strong G-Form’s cases are. Now, watch below as an iPhone is dropped well over 1,000 feet.

This wasn’t the only time an iPhone was dropped out of a helicopter at 1000 feet either. Back during early 2011 a US Air Force Combat Controller accidentally dropped his iPhone 4 out of a helicopter, falling nearly 1000 feet. Thanks to Find My iPhone, the Combat Controller located his iPhone, and it actually worked. Geared up in only a cheap Griffin Motif case, the iPhone lacked a single scratch or scuff.

To ensure your iPhone has full protection, I would suggest you purchase a G-Form case. They come in many eye popping designs for both the iPhone and iPad. Pricing starts at just $39.99 per case. Don’t forget to check out our full video review of the G-Form iPad case.