Get 20% OFF iPad ZAGG invisibleSHIELD Pre-Order!

When Apple announced the iPad at their Apple Event, maybe people misunderstood what the product was all about. A week later, it’s evident that the iPad is going to sell like hotcakes. For what it was created to do, it’s going perform extremely well. 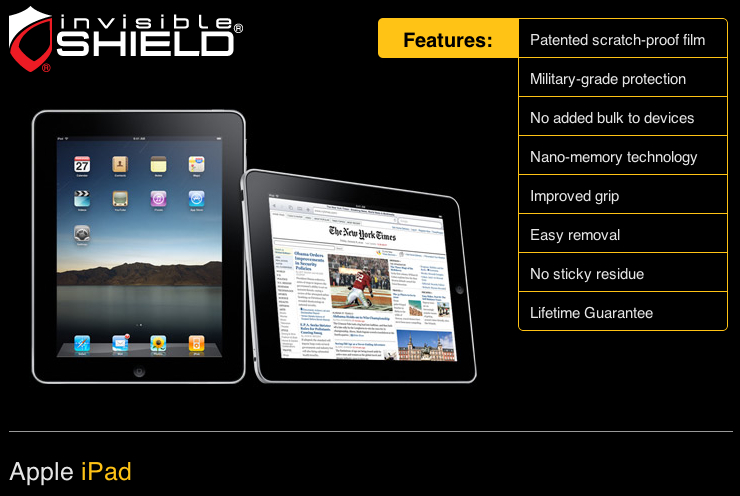 Get 20% OFF iPad invisibleSHIELDs With Our Exclusive Coupon Code!

Don’t forget that iPhoneinCanada.ca’s 20% off coupon code is applicable to the iPad invisibleSHIELD. The iPad full body shield retails for $34.99US, but after using our coupon code ‘iphoneinca’, you save $7 for a final price of $27.99! Not bad considering this is the cheapest price you’ll find on the internet for an invisibleSHIELD! 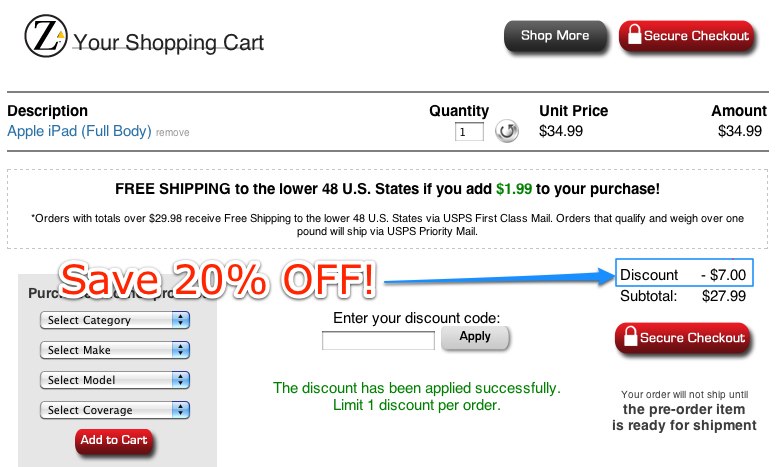 If you’re not familiar with the invisibleSHIELD, don’t forget to check out my iPhone 3GS review and 13″ aluminum MacBook review. Your iPad will become scratch-proof for all you people out there that baby our electronics. I find that regular cases actually cause scratches because dirt and debris act as sandpaper–the invisibleSHIELD prevents this.