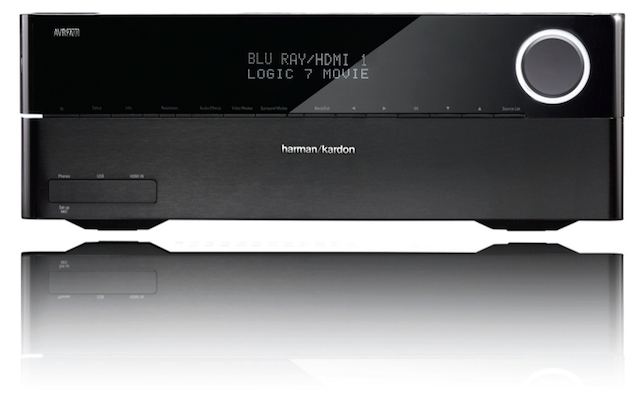 The Harman Kardon AVR 2700 and AVR 3700 are both equipped with with 8 HDMI inputs with full 3D support and high-resolution Dolby TrueHD and DTS-HD Master Audio format decoding. A free iOS app allows control of both devices as part of the extensive range of connectivity features available. Both devices also feature AirPlay and 4K video scaling. With AVR 2700, you get 7.1 surround and Ethernet for networking, while the AVR 3700 supports 7.2-channel audio and WiFi.

The Harman Kardon AVR 3700 is a networked AVR providing 7.2-channel surround sound with 125 watts per channel. A step-up features include built in Wifi® networking and Apple AirPlay wireless capability for streaming audio and video from portable Apple devices.Two HDMI outputs and full preamp outputs allow for use of external power amplifiers, and multizone functionality offers a stunning multimedia experience. The AVR 3700 is housed in the latest version of the modern, award-winning Harman Kardon design. Suggested retail price: $995.95.

For more information or to purchase the Harman Kardon AVR 2700 and AVR 3700, visit harmankardon.com.