Canadian company Helium Digital has announced a new Bluetooth wristband for active people out there. The HDBT-990 Wristband Communicator goes on your wrist and is something that can you can wear while jogging, biking, golfing, etc. The incoming call vibration alert will silently alert the user to incoming calls, which the user can then answer directly from the wristband.

Specifications of the HDBT-990 are as follows: 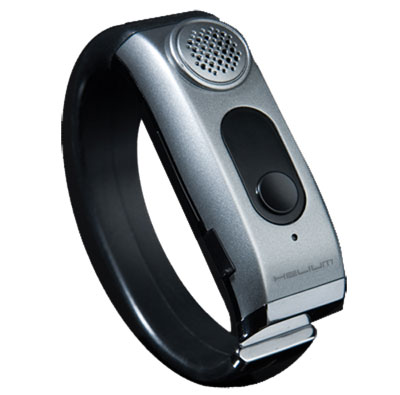 The HDBT-990 has a retail price of $89.99 CAD and will ship on February 1st. Glad to see some new innovative products from Helium Digital. I can see people wearing this on their wrist when a traditional headset could possibly fall off. Another way for us to stay connected to our iPhones! We’ll try to get a review unit soon and let you all know how this fares in the wild. Stay tuned!