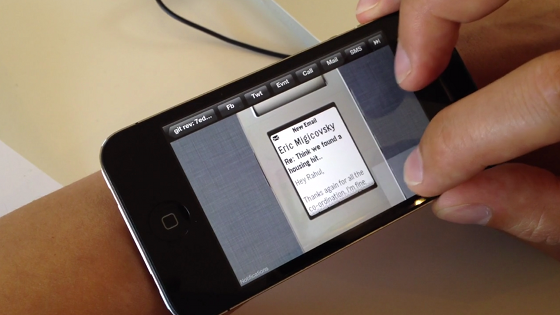 Did you back the Pebble E-Paper Watch on Kickstarter? The project set records and the watch is currently under production in Asia. Today the team leader Eric sent out an email that noted a video preview of the watch’s user interface. Check it out below:

Also, if you have any questions about Pebble you can ask Eric today on Reddit:

Ask-Me-Anything about Pebble today at 11am Pacific!

I can only go into so much detail during these updates. That’s why I’ll be hosting a thread on Reddit (www.reddit.com/r/pebble) today at 11am Pacific (2pm EST, midnight Mumbai) where you can ask me any other questions you might have about Pebble.

The project isn’t without its complexities, like with any Kickstarter campaign. I’ve learned that once you back a Kickstarter project, you need your mind to ‘set it and forget it’ as there are always going to be delays. The watch will be water proof and support Bluetooth 4.0.