Now that the Apple free case program is finished, we’re starting to see more iPhone 4 cases show up at Apple retail stores. That includes Apple’s own bumpers in all their colourful glory. But with that also comes the $29 price tag.

For some people, that price point is a little too steep – although the build quality of the Apple bumper is solid. So what other cheaper options are out there? Sure, I could go naked and show off the beautiful craftsmanship that is the iPhone 4, but I really like the idea of some sort of drop protection – no matter how minimal a bumper might offer. Plus, a bumper style case still shows off the sexy back of the phone.

I couldn’t wait to get my free bumper, so I started Â looking around for an alternative. When the dust settled I decided to give the iLuv EDGE Trim Case a try. I managed to pick up a few colours for a good price from Tiger Direct. 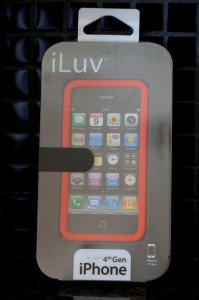 When you open the package you not only get the case, iLuv is generous enough to give you a protective film for the front and back of the iPhone 4. Â It’s a nice touch since I’ve seen more than a few phones with little scratches not only on the front but the back as well. 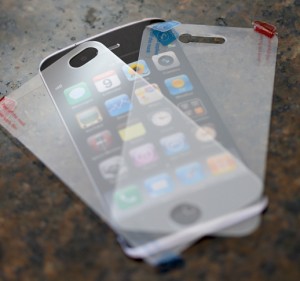 There’s nothing really flashy about the case. It’s made of silicon that feels fairly thick although it doesn’t add a lot more bulk than the Apple bumper. 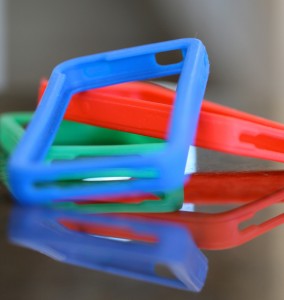 Unlike the Apple bumper, the iLuv Edge is a lot easier to put on the phone. The silicon stretches easy and wraps around the phone, snapping back into form.

All the holes along the case are cut out nicely. There is ample room along the bottom to use a number of dock connectors. 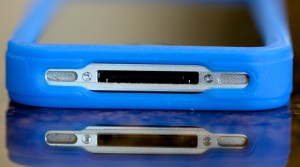 The headphone jack hole is big enough that you should be able to use most headphones. 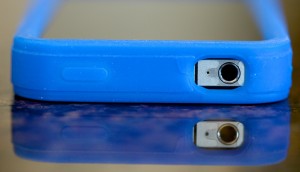 The buttons are covered, and they are still very responsive. 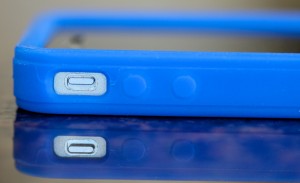 Interestingly the back is cutout slightly different. It leaves ample room for the camera. And since it’s an open back, there is no chance of any flash issues. 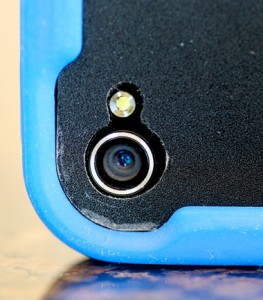 I should quickly point out I have the Wrapsol protective film on the back of the iPhone 4. You can see it has started to bubble around the side. That’s because of the Apple bumper not the iLuv EDGE.

Overall this is a really nice alternative to the Apple bumper. It’s a lot cheaper and if you shop around you can get various colours for as low as $10. Add the fact you get a protective film for the front and back, and the iLuv EDGE is a steal of a deal.

One last quick note. My name is Kris Meador. I’m one of the many new writers. I am a photographer so I’ll be bringing you some reviews of photography apps, some photography tips and a lot more. You can follow me on Twitter @KMPhotographer.