iPhone 4 Bumpers Coming To An Apple Store Near You!

Reports this morning point to Apple Stores soon receiving iPhone 4 bumpers as soon as Friday October 1, 2010. Until now, iPhone 4 Bumpers were unavailable at Apple Stores due to the free iPhone 4 case program.

The case program saw all of the black iPhone 4 Bumpers being used as a free case option and left none for retail shelves.

Originally sold to provide protection against scratches and damage, the Bumper soon became a way to mitigate the antenna issues of iPhone 4.

With today being the expiration of the iPhone 4 case program, Apple can now begin to successfully stock its stores with the Bumper.

Sources further indicate that quantities will be limited and that not all colors will be available. The Bumper is listed as â€œcurrently unavailableâ€ on the Apple on-line store, but in-store stock should be available very soon. 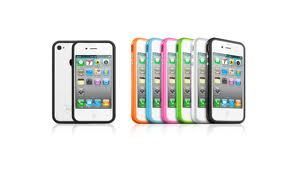