With the launch of US and select international iPhone 4 preorders this morning, Apple has indicated that the iPhone 4 dock will be available “by July 2” 2010.

This is unfortunate for those who wanted to pick up the dock right away during their preorder, as those customers will have to wait a little bit longer (kind of like Canadians with the iPhone 4 itself!)

Instead, users can order online for a July 2 release or pick it up at their local Apple Store after July 2, 2010. 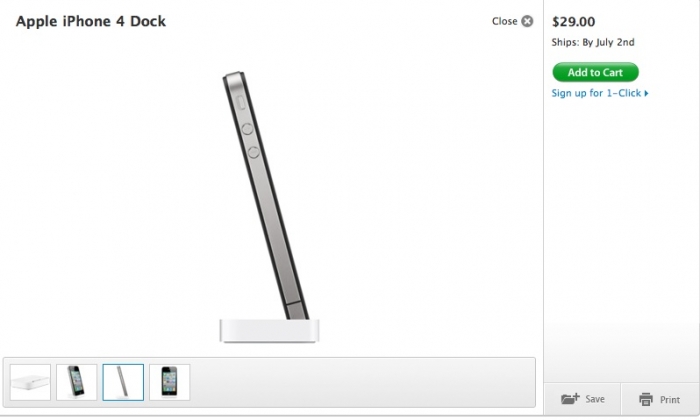