Yes, you read the headline correctly. A company in Europe by the name of Piexon has developed an iPhone case called the SmartGuard that doubles as a pepper spray case. The small pepper spray canister clips into the case, along side your iPhone. It can be quickly deployed, in the event of a personal attack. If you live in a rough part of town, maybe this is for you? Self defense is something handy to have, but pepper spray is not legal everywhere, so be cautious if you plan on ordering one of these. 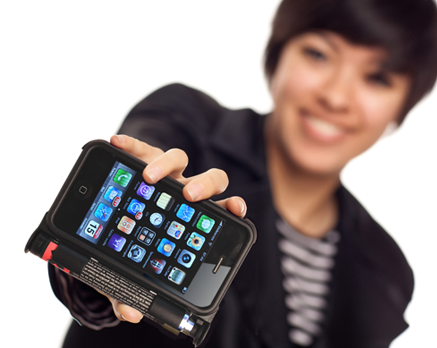 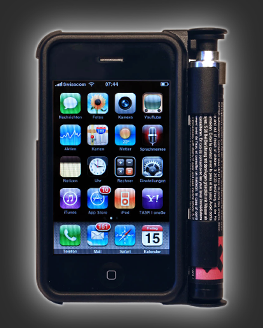 Here’s what the company’s website has to say about the product:

The patented spray canister design with a co-axial nozzle delivers the irritant agent along the centre line to avoid twisting of the nozzle and self-affection.

The SmartGuard pepper spray provides 6 1/2 second bursts at a range of 1.5 meters (5 feet). After use it is disposable. Replacement pepper spray units are available.

Warnings
Xi Irritant. R 36/37/38 Irritant to the eyes, the respiratory system and the skin. S 1/2 Keep locked up and out of reach of children. S 24/25 Avoid contact with skin and eyes. S 26 In case of contact with eyes rinse immediately with plenty of water and seek medical advice. S 35 This material and its container must be disposed of in a safe way. Content: 10% Oleoresin Capsicum (2 Mio SHU).

Germany: May only be used as an animal repellent and for this purpose it is not subject to the German gun law.

This unique case cost 37.50 Euros and can be ordered directly from the company’s website.