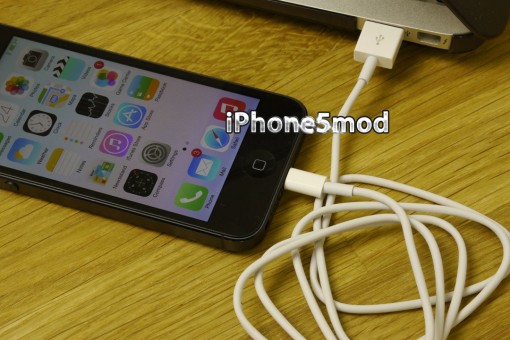 When iOS 7 beta was released it was reported the latest mobile operating system warned users with a pop up about unofficial third party Lightning cables and accessories.

Cyril Chang from third party maker iPhone5Mod informs us they have successfully bypassed authentication protocols within iOS 7 so the message does not pop up with their upcoming updated cables:

Reports are circling that iOS 7 Beta gives warning to users of uncertified Lightning cables. We have cracked chips that bypass iOS 7 authentication functions. We present you the world’s first third-party Lightning cable for iOS 7.

At this very moment, we have already started mass production on the Lightning Cable for iOS 7.

You can check out the video below, which the site is calling “the world’s first third-party Lightning cable for iOS 7”:

Our Deals Store is currently offering a third party 3 metre/10 foot long Lightning Cable for $14 shipped, but ends this week. Get it while you can!