The GameDock, a new Kickstarter project, is an accessory for iOS devices that lets you play classic games the way they were meant to be played i.e with two controllers and a TV. All you need to do is  plug the dock into your TV like a video game console and your iOS device into the dock like a game cartridge. Moreover, GameDock is fully compatible with existing iCade games and with dock-ready games that include two-player support and full 1080p HDTV output. Kickstarters need to pledge US $150 to get their hands on one of these. The project has 42 days to reach its $50,000 funding goal. 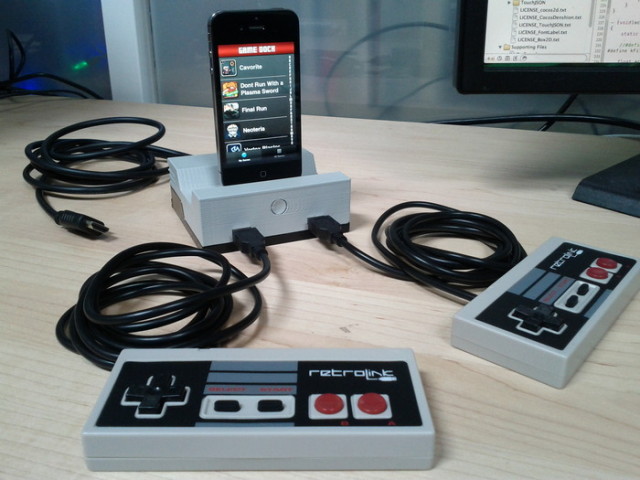 Here are some details from the project developers:

Retro games will always have a special place in our hearts. For millennials and generation X-ers, these games remind us of our childhoods spent button-mashing and delighting in beautiful, pixelated worlds. It’s time to do justice to the modern pixelated game renaissance with an iPhone accessory that brings an extra layer of authenticity to the experience.

In addition to the dock, we have developed a dashboard app that allows you to select and play games from the comfort of your couch. There’s no need to get up and change which game you’re playing. You can do it with your controller instead. And, of course, if you don’t have a TV, no worries! The dock still connects to your phone and supports games on the small screen. It communicates over short-range bluetooth, the same used in most modern keyboards.

Below is a video of GameDock in action: