Apple’s refusal to license the Lightning Adapter killed the Kickstarter project and lead to the largest refund in the site’s history. Jamie Siminoff and Edison Junior raised over $139,000 on Kickstarter to create POP, the minimalist multi-device charging station, but they have been forced to give that money back. 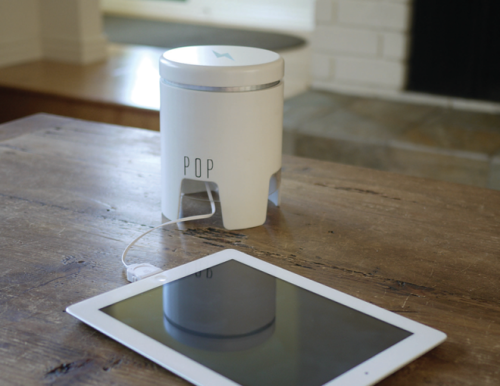 According to a statement posted on the site (via Wired), Siminoff has informed their backers that they can’t kick off the project – even though they surpassed their $50,000 goal — because after applying to Apple (required for Lightning) they learned that the Cupertino company is no longer willing to approve a product that uses the Lightning charger alongside any other charger (in this case the 30-in).

– We could not do Lighting USB cables or adapters as Apple controls both of those and even wholesale they sell above $25 a piece.
-Doing a USB only would have satisfied some of you but would have lowered our volume to a point where it would be much more expensive to make the product.
-Kickstarter and crowd funding should be the start of a product not the end. We had a lot of interest from major retailers on POP when it was a iPhone/Android/Blackberry/mini-USB charger, as a stand alone USB battery charger that interest was not as strong, Siminoff informed its backers in a comment.

“If you promise four of something and now you deliver two it’s not the same product that someone bought,” Siminoff told Wired. He says that the change was too big to justify keeping their backers’ money. “We didn’t feel all right keeping the money anymore.”

As a result, Siminoff and Edison Junior will refund the money 100%, meaning they will pay the 3% fee that credit cards take and Kickstarter’s 5% through their own crowdfunding site Christie Street, as Kickstarter has no mechanism for returning the funds to backers.

Update: Apple has reversed its decision regarding this Kickstarter project and has reportedly allowed 30-pin and Lightning cables to charge side by side, according to Ars Technica: