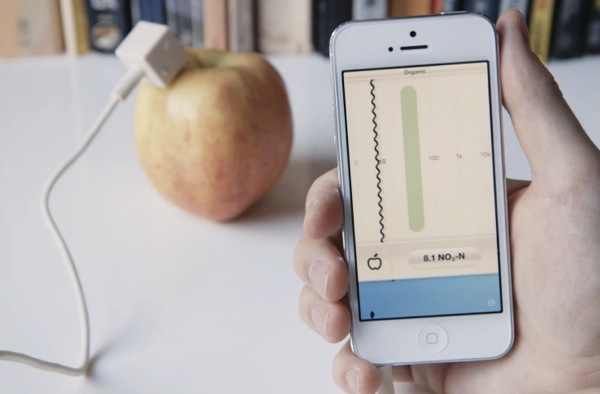 The Verge goes hands on and exclusively reviews the Lapka (Russian for the word ‘paw) iPhone sensor, which we previously covered back in August. This “personal environment monitor” comes with four various sensors to measure humidity/temperature, radiation, electromagnetic frequencies (EMF), and organicity.

“Lapka is a set of existing tools which have been re-imagined and crafted from scratch,” Marmeladov says. “It’s really an accessory… It’s another pair of shoes, or another bag, or another pair of nice glasses.” Lapka is a very nice thing but not necessarily a vital thing. It’s greatest virtue is that it doesn’t look or work like anything else, and comes from a rich body of inspiration across fashion, graphic, and product design.

“A combination of these things is what eventually will make Lapka a different tech company,”

The Lapka goes on sale today in the US for $220. You can check out the hands-on review by The Verge of what this accessory is all about:

Would you be interested in owning the Lapka? We’ve contacted the company on when the device will be available to Canadians. Stay tuned.

Update: Lapka responded and says the unit is US only for now but will be shipping internationally early next year.