The Lighting to 30-pin adapter was torn apart yesterday over at Gizmodo and the teardown revealed it’s a hard unit to mess with. The exterior plastic shell is securely held in place with lots of glue and a dremel was required to open it up, notes Peter from Double Helix Cables:

Once you get it open, there are two stick-on metal heat shields, that remove to reveal copper foil covering the lightning plug area.

Next you must peel the bastard center steel piece off, which reveals the lightning heart of the adapter. The lightning plug is steel reinforced now with a large steel molding integrated with it, then it attaches with a ribbon cable. There is a rubber dampening piece around it. All in all this thing is beautifully manufactured like a cruel puzzle. 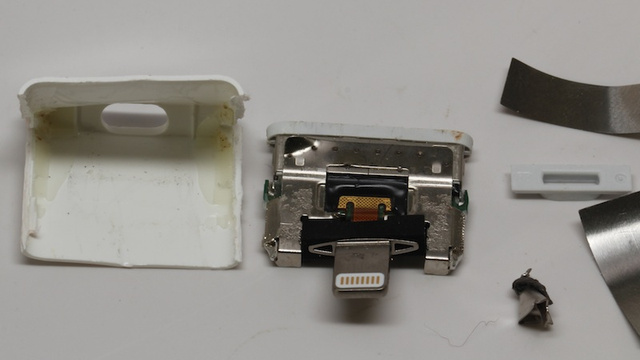 The teardown by Peter reveals the adapter houses a lot of tech inside and is well reinforced. He notes it won’t break easily and is ‘worth’ paying $29 due to the sheer amount of components inside:

This thing is even more fearsomely reinforced than the Lightning USB cord, by a factor of 10, surely to thwart those that want to hack it, and also so that it cannot break easily. Nobody should balk at paying $29 for this after they see what is inside, though. The $39 cabled version of this should be similar, with the lightning end simply distanced from the dock circuitry by a cable. 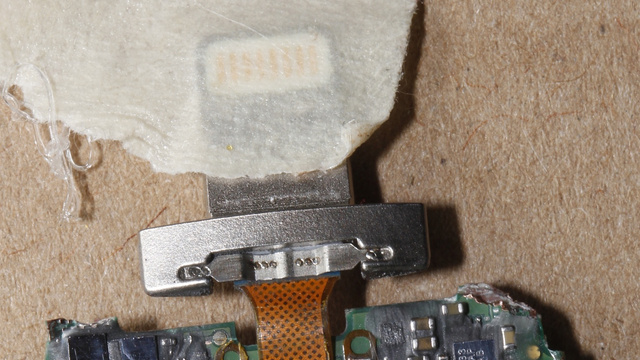 Early reviews of the Lightning to 30-pin adapter hit the web this week after they started shipping, which confirmed the adapter does not support video output as stated in its description.