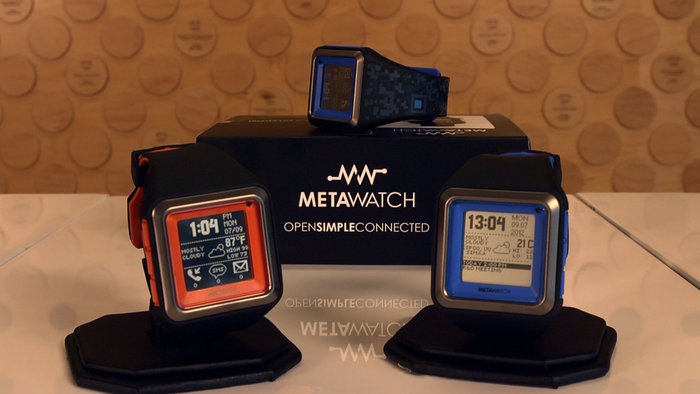 Just a few months ago the Pebble e-paper smartwatch was launched, which we note happened to be a highly successful Kickstarter project. Now another similar watch called the MetaWatch Strata has hit Kickstarter. The initial public outcome hasn’t yet turned out similar to the Pebble, but the project has raised a swell $54,000 out of their $100,000 goal. With 22 days left as of now, I’m sure they’ll have enough time to reach their goal.

MetaWatch Strata is a Bluetooth 4.0 watch that connects to the iPhone 4S along with many Android smartphones. From the watch alone you can check text messages, see who’s calling, view the weather, control your music, and much more.

One highly advertised point by the designers of MetaWatch is the ability to check your watch rather than your phone. It’s assumed to be very convenient over taking your phone out of your pocket every few minutes.

The watch can be brought just about anywhere. It’s waterproof, so feel free to take a swim or shower while equipped with the watch. You can also sleep with the watch on your wrist. The alarm will awake you quietly — unlike your desk alarm.

The best part of all, MetaWatch is open source. Developers can use the SDK to create widgets. That’s not bad for a watch as the functionality is greatly enhanced over a classic analog watch after all.

For just $159.00 you could back this project and receive your own MetaWatch in September. Colors range from black/green, black/blue, and more. Click here for more information on the project.

Let’s settle this, the Pebble or MetaWatch, which is better?