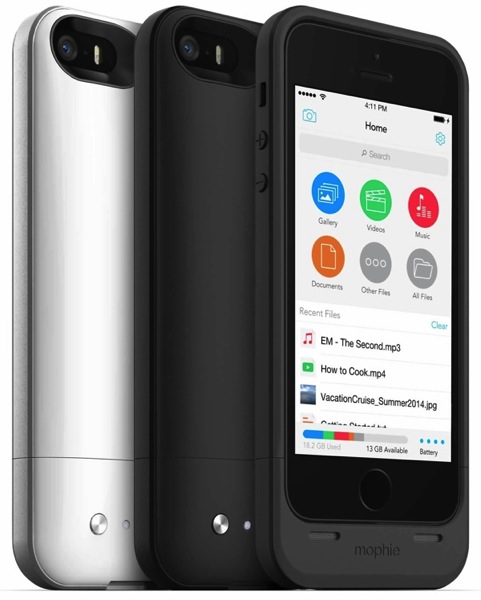 The Mophie Space Pack will be available in a 16GB and a 32GB version, with both of them featuring the same built-in 1,700mAh battery. The built-in storage can be used for any file type, which means you can shoot as many videos and photos as you want and even download every email thanks to the expanded storage.

Also, to organize local files, the Space Pack uses an accompanying app, Space. Since the accessory connects to the iPhone 5 and 5s via the Lightning port, users don’t need a Wi-Fi connection to access the stored content.