A couple of weeks ago, we reported that Nest Labs, the creators of the Nest Thermostat, are working on a smart smoke detector and today, the company has issued a press release, detailing its latest innovation, the Nest Protect: Smoke + Carbon Monoxide™ smart smoke detector. The developers note that Protect does much more than just sound a shrill alarm when there’s danger in your home. Instead, “it speaks to you”, telling you where and what the problem is. 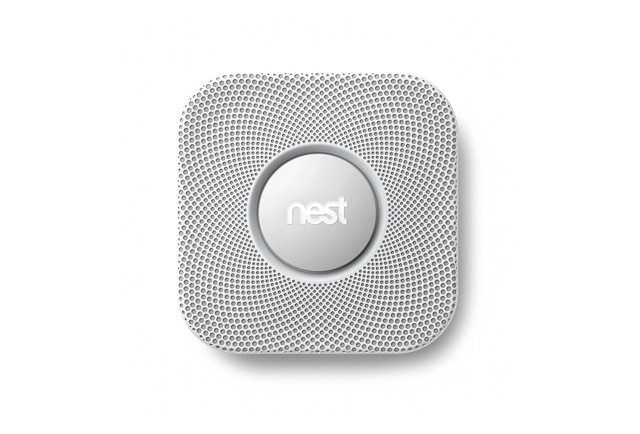 Nest Labs, a Silicon Valley-based start-up from a former Apple executive Tony Fadell, who has been widely credited as the father of the iPod, aimed to fix all the problems with its temperature-setting device Nest Thermostat and now, they are looking to do it again with a small smoke and carbon monoxide detector that attaches on your ceilings and walls. The Nest Protect (pre-order for $129 at Amazon) is packed with wireless technology and new features to improve the frustrating experiences we’ve all had with the gadget hanging on the walls of our houses or apartments.

High-quality smoke and carbon monoxide alarm. Nest Protect is a multi-criteria detector with heat, CO, and smoke sensors that work together to detect danger.

Heads-Up. If Nest Protect sees that smoke or CO levels are rising but have not yet reached emergency alarm levels, it will give you an early warning so it can avoid crying wolf.

Mobile notifications. Connect Nest Protect to your free Nest account using Wi-Fi and you can receive low-battery alerts, Heads Up and emergency alarm notifications on your smartphone or tablet. In an emergency, the What to Do feature will remind you of recommended actions and give you one-button access to an emergency phone number.

Nightly Promise. Sleep safe and sound. Before you doze off, Nest Protect shows you its sensors and batteries are working with a quick green glow after you turn off the lights so low-battery chirps don’t rattle your dreams.

Pathlight. Nest Protect offers more than just smoke and CO warnings. Its LED lights can be a night light in your home. When it’s dark, Nest Protect will light your way as you walk underneath it.

Vocal alarms. According to a study by Victoria University, children can sleep through beeping smoke alarms. So in addition to alarm sounds, Nest Protect uses female Voice Alarms to help wake sleeping children in case of emergency.

New Nest App. The Nest app on iOS, Android and the Web can be used to set up, control, and get alerts for both Nest Protect and the Nest Learning Thermostat. Available in English, Spanish and French, the Nest app will be updated with a new design and new features when Nest Protect ships. 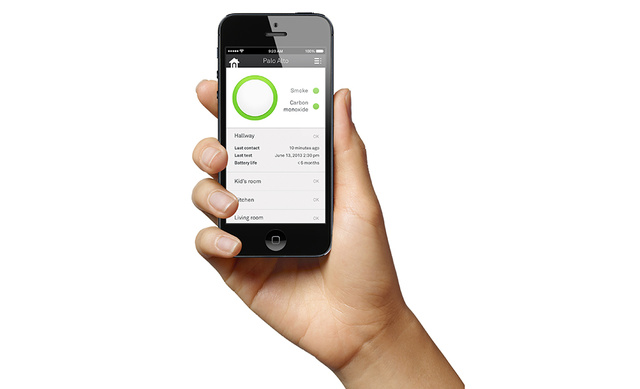 Nest Protect will be available in two versions, wired (120V) and battery-powered, and in two colors: white and black. Independent testing to demonstrate compliance with Canadian smoke and CO standards is underway at leading test agencies. A version of Nest Protect that will be compatible with wired security systems is expected to be available in early 2014 in Canada and the U.K.