Studio Neat has announced the release of new Glif and Glif+ for iPhone 5 today, both of which are now available for order and will begin shipping early next week. 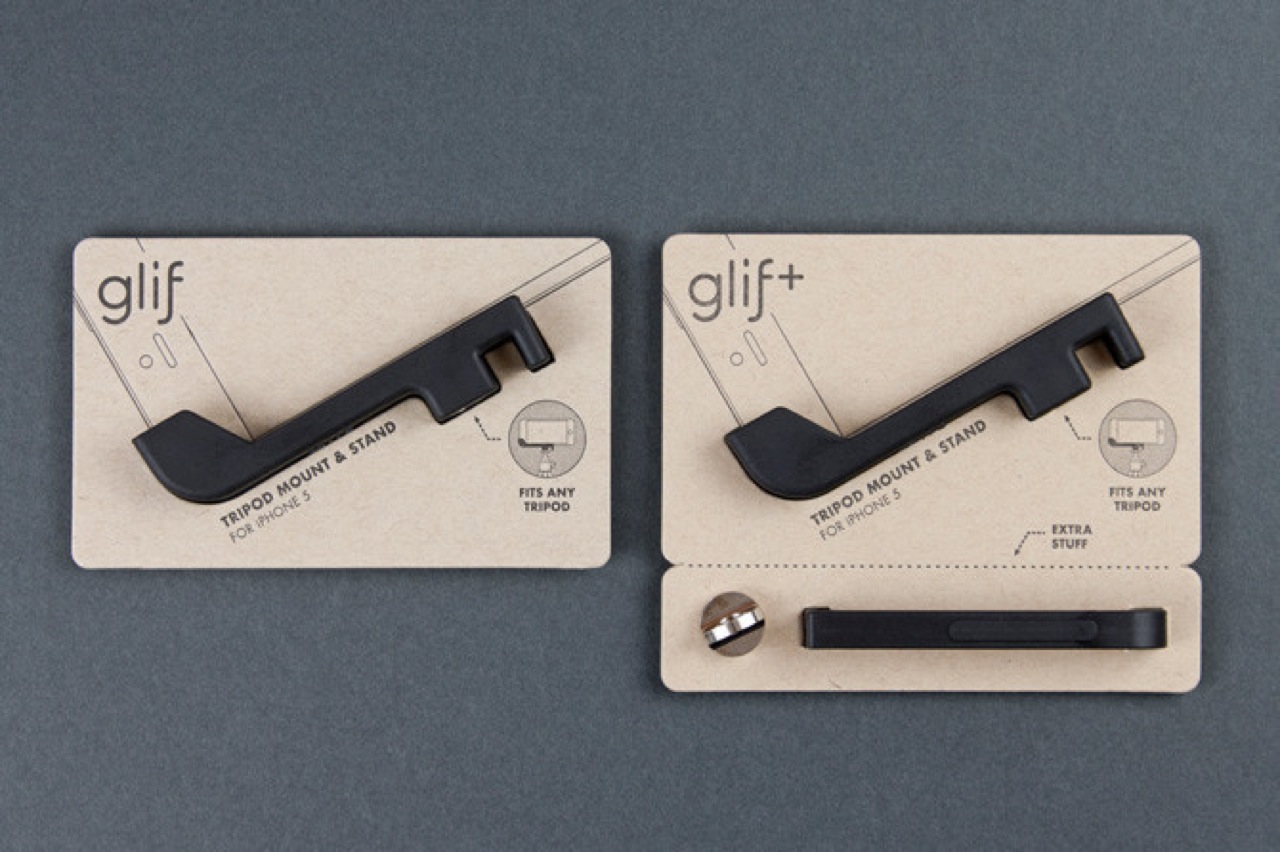 The Glif ($20) is a small, elegant tripod mount and stand for the iPhone. You can use it to mount your iPhone 5 to a tripod for taking pictures & making movies, or simply use it to prop your iPhone up for hands-free FaceTiming or to watch videos. For an extra $10, you can grab Glif+ ($30), a deluxe Glif package that contains the Glif as well as the Serif and the Ligature.

The Serif is an additional piece that is designed to keep your iPhone incredibly secure on the tripod. While the Glif is great for normal use, the Serif will keep your phone safe in more extreme situations. And, when you are not using the Serif, it fits snuggly inside the Glif, making it very compact.

Additionally, Glif+ comes with the Ligature, a simple keyring loop that attaches to the tripod thread on the Glif. Now, you’ll have a way to always keep your Glif handy, by attaching it to your keychain, backpack, purse, or anything, really.

The Glif and Glif+ are designed to work with caseless iPhones and are available in two versions: iPhone 4/4S and iPhone 5.