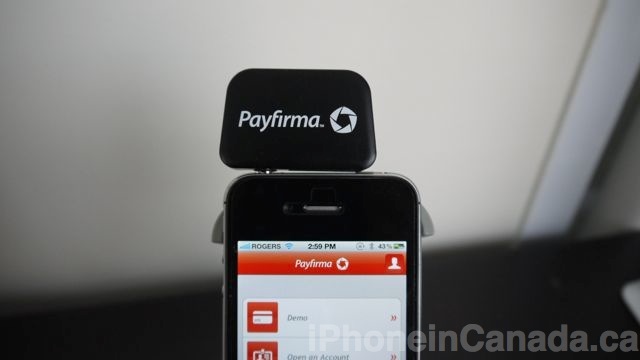 PayFirma is a mobile payment solution for the iPhone and BlackBerry (Android coming soon) and recently their iOS app received a much-improved update compared to before. Headquartered in Vancouver, the company sent us their swiper for a quick hands on review.

The swiper is very small and portable, and comes in a plain cardboard box with some attachments. These clips help secure the swiper to the various iPhone models. I had to look carefully at small numbers on the underside of each clip to find the attachment for the iPhone 4/4S. 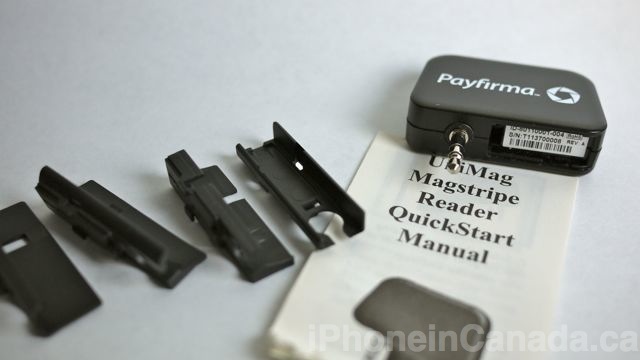 These clips are also made to fit on a naked iPhone, so if you have screen protectors on (such as my Wrapsol application) it won’t fit properly without damaging the film. But, I did notice the swiper itself would attach fairly securely once inserted into headphone jack, and allows for swivelling. 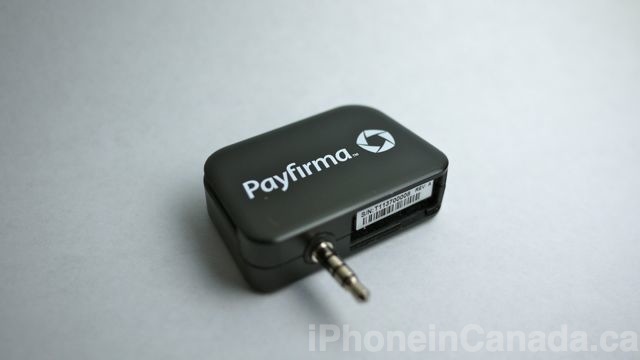 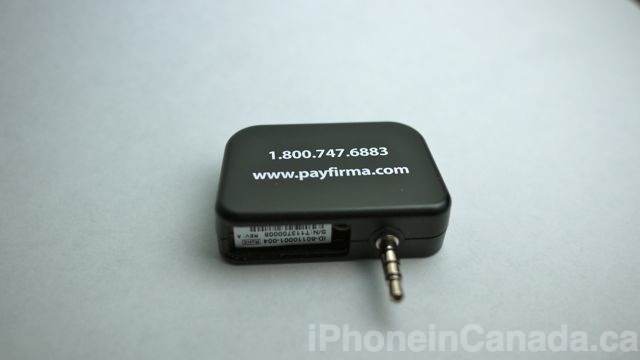 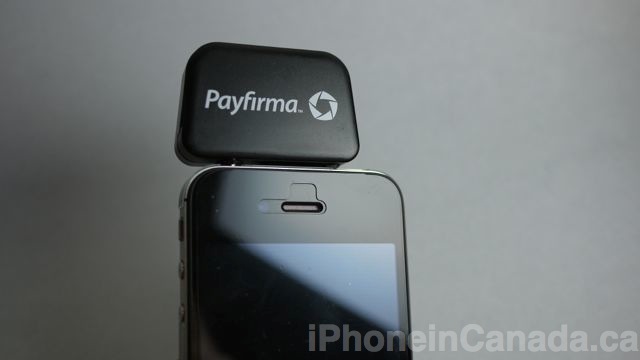 Check out the following video review of inserting the swiper, swiping with a credit card, and removing the unit:

Other payment solutions we’ve taken a look at include PAYD by Moneris and Intuit’s GoPayment, and Kudos Payments. It’s great to see lots of mobile payment choices for Canadians. Click here to sign up for Payfirma.