Last month, we showed you how it is possible to make your iPhone 4 back panel Apple logo glow like a Macbook with an upcoming mod from iPatch scheduled for release sometime soon. While there is no word on its release date so far, a Portuguese company iLoja already has such glowing Apple logo rear panels working. The panels will be available for order online on 31-10-2011 however you can pre-order one for your iPhone 4 right now. 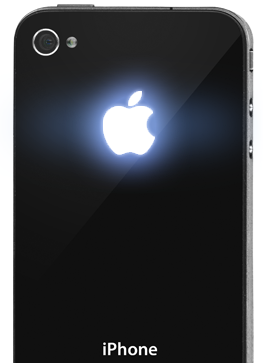 According to iLoja, the process of installing the new back is simple and all you need is a philips screwdriver to do it yourself. As published by FSM:

If you are living in Braga or Lisbon, you can walk right into the iLoja stores and get your glowing Apple logo rearpanel, right there and then, for 79 Euros VAT included.

You can check out this YouTube video to see the super cool mod in action. Do let us know if you plan on getting one!