One issue that we continue to address is the iPhone 3G’s somewhat dismal battery life. However, not all is lost as there are many backup battery solutions out there. One of my favorite secondary portable charging solutions is the Richard Solo Battery Backup. It was small, extremely portable, and it charged my iPhone 3G with no problems. Well, a recent update has made this current backup battery better than before.

What’s Included in the Box?

Using the Richard Solo 1800 with my iPhone 3G

After getting my hands on the Richard Solo 1800, I immediately noticed it was larger than the original in size, but given that there is 50% greater capacity that was expected. The unit has two buttons on front which you can press to turn on the built in laser pointer and LED light. Depending on your needs, these might be seen as novelties but I can imagine how the laser pointer can come in handy for presentations along with the LED light when you’re fumbling for your keys at night!

I was able to charge my iPhone from 15% capacity to full in about an hour or so. The new increased capacity will ensure that you have a full charge, plus some extra juice for later. This is fantastic for those hardcore iPhone 3G warriors out there. We all know that 3G eats your iPhone’s battery like crazy–now we have a pretty good solution.

One of my favorite highlights of the Richard Solo 1800 is the fact that it’s a genuine “Works with iPhone” and “Made for iPod” product. That means you can rest assured that it will work with your iPhone and won’t fry it like some of the 3rd party car chargers out there.

As for the cost of the Richard Solo 1800, it is $69.95 with FREE shipping to Canada. The original Richard Solo costs $49.95. So for a 40% increase in price compared to the original Richard Solo, the 1800 will give you 50% more charging capacity, a safety latch, dual-USB car charger, laser pointer, and LED light. I think it’s a no-brainer to pay the extra for the 1800. However, if you’re looking for a tiny solution, the original takes the cake as being extra tiny and passes the fit-in-your-jeans-pocket test.

It is clear that Richard Solo takes their design and customer service of their products seriously. This is by far the best charging solution for the iPhone on the market given the price and extras included. The new included safety latch works pretty well as I can hold my iPhone 3G by itself in the air and the latch is strong enough to support the 1800 charging unit. You can’t go wrong with this unit and the only thing you’d be losing out on is battery life! Take a look at the following gallery to make your own decision! 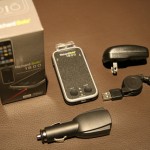 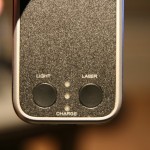 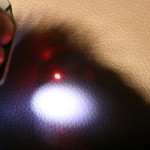 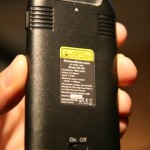 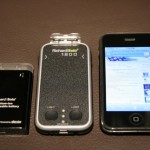 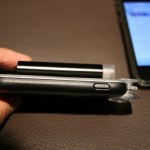 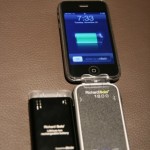 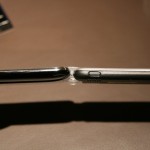