Staples.ca has the Belkin LiveAction Camera Grip for iPhone on clearance for $6.97 online. This regularly retails for $49.99 at Future Shop and is in-stock at most stores. You could price match this item at Future Shop to get it for even cheaper ($2.67!), but your mileage may vary since this item is online-only. 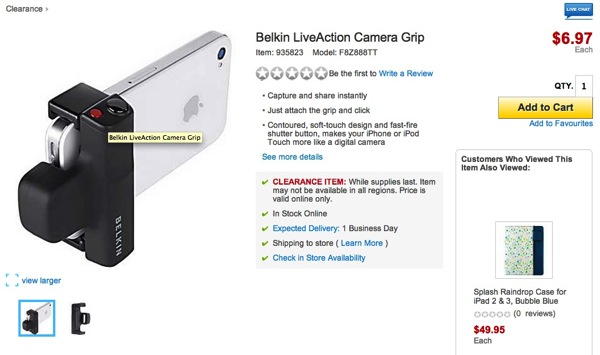 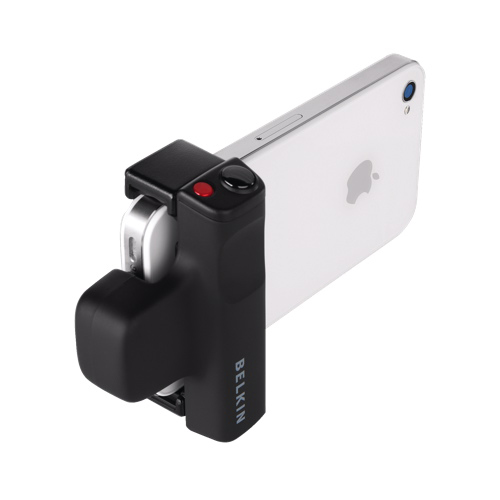 Experience a better way to capture photos and video on your iPhone with the LiveAction Camera Grip. With a contoured, soft-touch design and fast-fire shutter button, it makes your iPhone or iPod Touch more like a digital camera.

This camera grip comes with a 30-pin connector so it will work for the iPhone 4, iPhone 4S or iPod touch. Let us know if you’re going to jump on this.