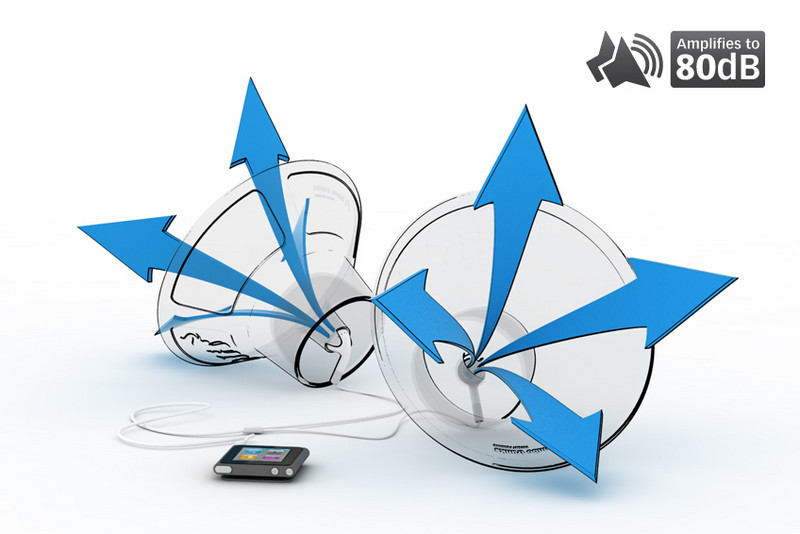 Kickstarter is slowly becoming the place for creative and innovative entrepreneurs to showcase their inventions and get pledges from members of the public. We’ve seen the Glif and GoPano Micro as neat accessories for your iPhone. The next best thing? How about Tembo Trunks–the first collapsible earbud speakers for your iPod/iPhone. 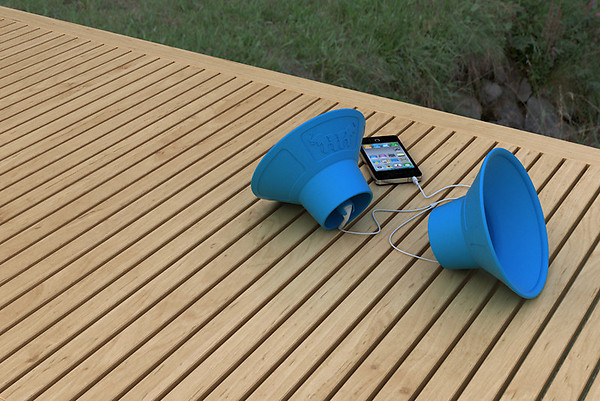 These aren’t actually speakers–they amplify your existing Apple headphones by attaching them to two high-grade silicone rubber shaped cones. Since Tembo Trunks are made of rubber, they are waterproof, light, and pretty much indestructible. They can amplify your tunes up to 80dB! Tembo Trunks were made to amplify your music in situations while travelling, but they will definitely work in any situation.