The Bloombox: Dock, Planter and Sound Amplifier for your iPhone 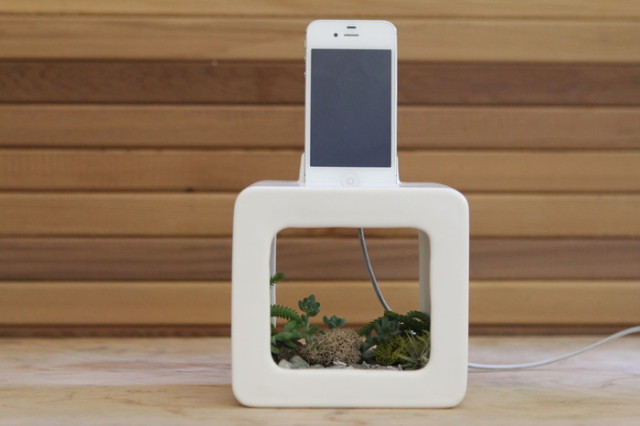 Here’s another original design project from Kickstarter–it’s called the Bloombox. What makes this idea neat is it incorporates an iPhone dock at the top of a hollow ceramic cube that amplifies sound, and has a planter at the bottom for all you plant lovers.

Nicholas Hyde, the founder of the project notes each Bloombox is made out of one single piece of ceramic, and finished off with a light matte glaze in black or white (plus there are some limited colours available too). What was the inspiration for the Kickstarter project?

The Bloombox was born out of the combination of my three driving passions and my own need for a dock. Design, ceramics and technology (namely Apple products) all culminated together to create simple terrarium environment and acoustics for iPhone and iPod docks out of one single piece of ceramic. 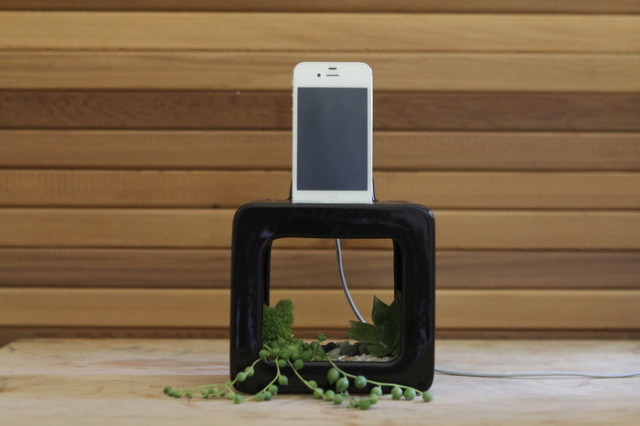 I’ve seen numerous projects related to the iPhone but none have involved plants and acoustics. The Bloombox will work with a standalone iPhone and even one inside a case. It looks to be the fusion of technology and nature.

Is this a Kickstarter project you would support? With 36 days to go, the project is almost a third of the way to reaching its goal of raising $5000. Video preview below:

You can check out the Bloombox here.