Do you love your organic food? Ever wanted to verify if your food is organic or not? The Lapka sensor is being touted as a “personal environment monitor,” and comes with four different sensors to measure humidity/temperature, radiation, electromagnetic frequencies (EMF), and organicity. What makes Lapka stand out is also its design, which incorporates various combinations of plastic and wood.

“Since this is a healthcare and environmental product, we used organic materials like wood and ivory-like plastic, it will look better with time … it’ll become your very own, personal talisman,” says Creative Director Vadik Marmeladov. “Our aim was to build an native iPhone accessory–not a design copy attempt. All our designs, usage simplicity, attention to detail and quality are based on Apple philosophy and mood, so we don’t have to copy iPhone’s shiny body to fit its aesthetics.” 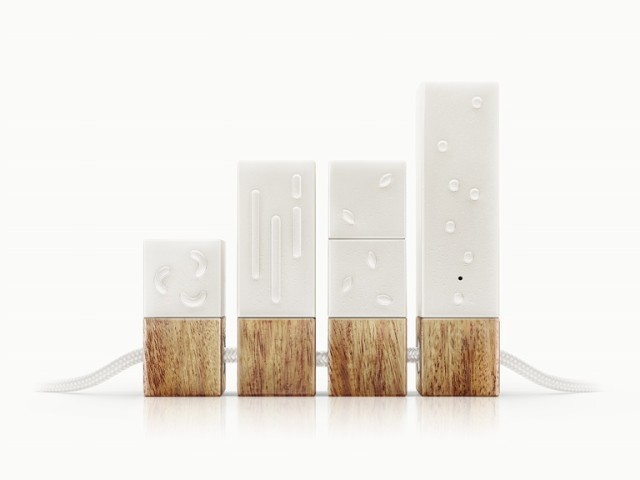 As for the organic sensor, it comes with a tiny stainless steel probe to look for large quantities of nitrates in raw foods and drinking water to detect for traces of synthetic fertilizers, therefore being able to determine if food is organic or not. It is only 57mm x 19mm (2.24″ x 0.74″). Time to put your supermarket to the test.

Along with the other three sensors, they connect to your iPhone’s headset jack, which also powers them as well. The free Lapka app will detect immediately when sensors are plugged into your iPhone and start recording immediately. 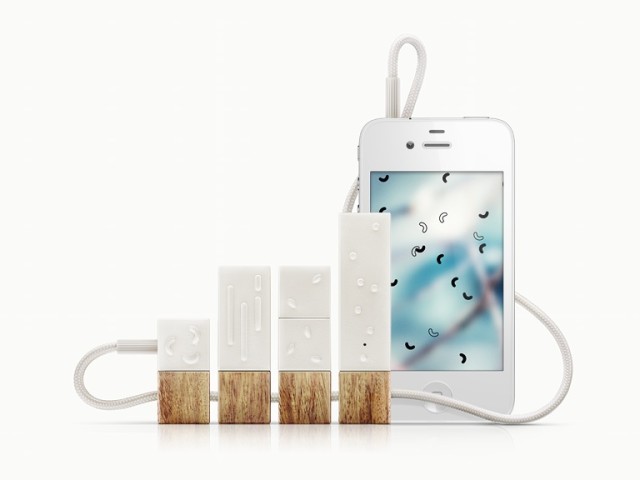 Right now Lapka is still in its prototype stage and is soon readying itself for mass production by the end of 2012 for a price of $220 for all four sensors. It will be compatible with the iPhone 3GS and newer, and the iPod touch. Sounds like it could come in handy if you were on a walk near a nuclear reactor on your cellphone in Japan just after a lightning storm while eating an organic apple purchased from Whole Foods.

In a recent interview, Apple engineer Esge Andersen discussed how the company achieved improved sound quality regarding the AirPods Pro 2. Much of the improvements came without the integration of lossless audio and it is all thanks to improved airflow instead. Speaking with What Hi-Fi?, Andersen pulled back the curtain about the improvements to audio...
Steve Vegvari
5 days ago