If you’re looking for an OtterBox Defender case deal for the iPhone 5/5S, this one might be for you. TheSource.ca has select cases on sale for $19.99, which is $50 off.

However, RedFlagDeals says if you use coupon code 039362 at checkout, you can save an additional 30% off, making the final price $14.99. The deal is online only but there is an option for in-store pickup.

The downside? Only the following three ‘otter’ designs are available which are ‘cute looking’, so this might be a deal breaker in your case (no pun intended). But if you don’t care about looks and you’re only going for protection, this is a hot deal: 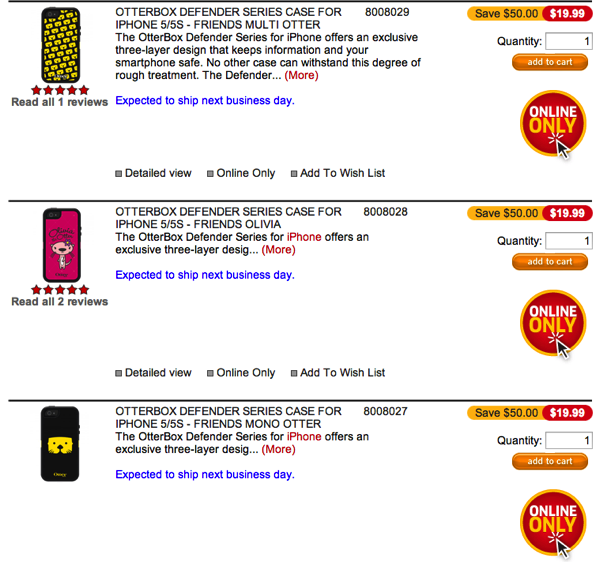 Let us know if you’re going to jump on this—they’d make great stocking stuffers. The sale ends on January 8, 2014.