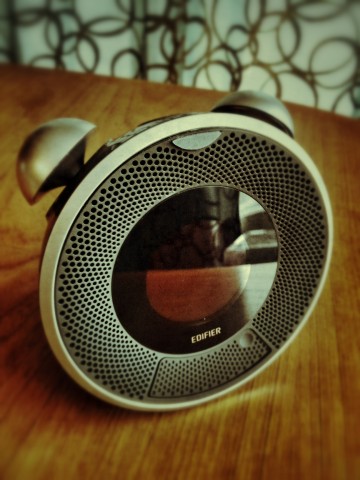 When it comes to speaker docks for your iOS devices there are a lot of choices. But I find most are boxy and look fairly similar. Edifier is changing the status quo with its Tick Tock Dock.

It has that retro look, similar to old style alarm clocks. Right off the bat it catches your eye and draws you in. That’s a huge plus when you’re faced with various choices that look very similar to one another.

The Tick Tock Dock is a charging station for your iPhone or iPod, a speaker system, an alarm clock and an FM Radio all rolled into one.

The design gives you a nice big digital display on the front which is surrounded by the speaker. You’ve also got on top what resembles two bells from the old school alarm clocks. They actually cover a couple of speakers. They help give the Tick Tock Dock 360 degree omni-directional sound.

On the top and back you have all your various controls, including an auxiliary in so you can hook up other music devices. 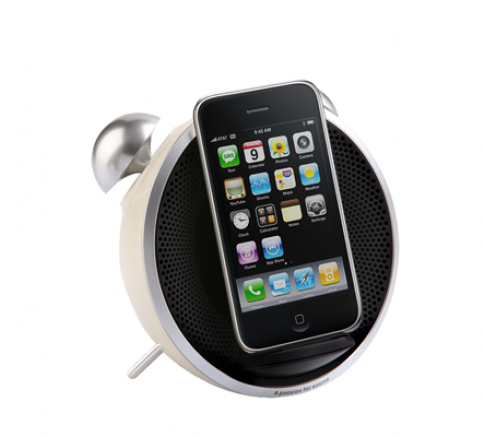 The dock for your iPhone or iPod is cleverly hidden along the bottom of the front. You simply push in and out turns the dock connector.

As far as the sound from the speakers go, it’s pretty good. You get a much richer sound than if you’re playing music from just your iOS device. I find he dock has trouble with a lot of bass, and does at times sound rather tinny. But again, it’s a lot better than your iOS device.

Here is my video review of the Tick Tock Dock from Edifier. You’ll be able to hear the difference in the sound and I’ll even show you a real simple way to set up the time on the dock.

So there are good points and bad points to this dock….

Thank you to The Land of Deborah and Gautam Karnik for letting me use their music for this review.

So let me know what you think.