Want To Attach A SLR Lens To Your iPhone? No Problem!

What’s that? You want to attach a SLR lens to your iPhone? That’s no problem at all!

A new iPhone SLR lens mounting kit enables you to attach a SLR lens to the back of your iPhone.

While the sensor on the iPhone won’t take advantage of the high quality SLR camera lens, it’s funny to see this huge lens attached to the iPhone!

If you’re on the look-out for some SLR action for your iPhone, the lens mount is available for Canon EOS or Nikon SLR lenses starting at $190 at Photojojo. 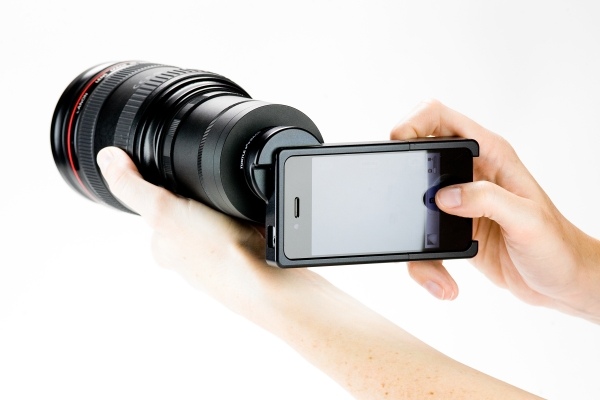 In a recent interview, Apple engineer Esge Andersen discussed how the company achieved improved sound quality regarding the AirPods Pro 2. Much of the improvements came without the integration of lossless audio and it is all thanks to improved airflow instead. Speaking with What Hi-Fi?, Andersen pulled back the curtain about the improvements to audio...
Steve Vegvari
2 weeks ago