Recently we posted about a cool little Canadian company called YEG Wood who creates interesting wooden iPhone cases. Now we have another wood based iPhone accessory to share with you. 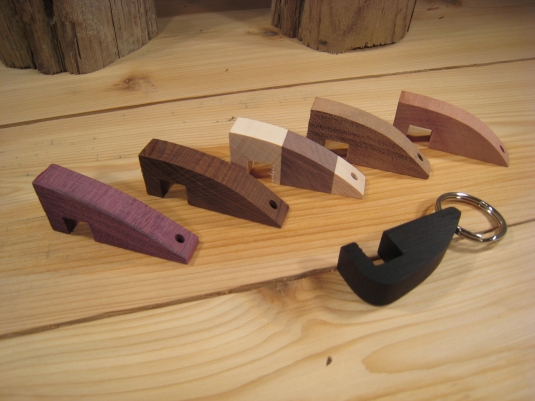 The STiCKSTAND Keyring is a handy piece of shaped wood that connects to your keys and allows you to prop up your iPhone 4 or iPhone 4s for some hands-free action. 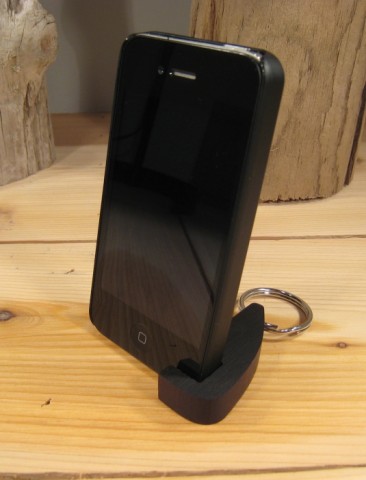 The stands are actually made from reclaimed hardwood by Woodwerx . They are previously unused pieces of wood that would have likely found their way to the landfill if not for this clever re-purposing. The stand appears to be functional even with a case on your phone and you can have the STiCKSTAND sent your way for $17 USD (before shipping). We will soon have a hands-on review of the STiCKSTAND along with a contest.

While certainly an interesting use of recycled wood, can you see yourself actually using a product like this?