1Password for Mac, Windows and iOS on Sale for 30% Off

If you don’t have 1Password yet, it’s one of the best password managers out there, made by Canadian company AgileBits. Right now, a 30% off sale has launched for 1Password for Mac, Windows, iOS and Android users, part of their “because we love you sale”.

If you are a Mac and Windows user, the bundle license available directly from AgileBits offers the ‘best deal’, as you can get both for $48.99 USD. The single Mac license for 1Password 5 is on sale for $34.99, which is the same price for 1Password 4 for Windows. 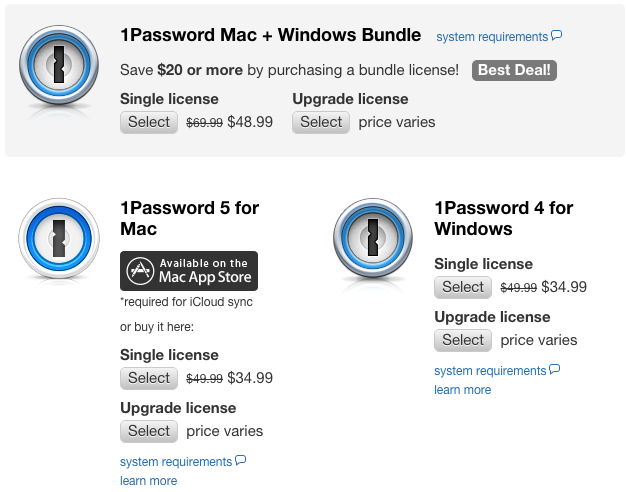 If you’ve been waiting for a 1Password sale, this is your chance to get this app, which is by far my most recommended app to friends and family. Don’t take my word for it, ask any of your friends using the app already and they’ll say the same thing.