This week’s Starbucks App Pick of the Week is the universal app Living Earth – Clock and Weather. Regularly $1.99, you can now grab it for free from your local Starbucks.

This app can provide live clouds from near real-time satellite cloud data, updated every 3 years. This can allow storm chasers to keep up with what’s going on around the globe. There are also live 3D weather maps of temperature, humidity, wind and forecasts for millions of cities around the world. The app also has an alarm clock so you can wake up to a cool view of the planet to your preferred music choice and also has an auto-lock override feature for when you want it to be on your nightstand or as a desktop clock. 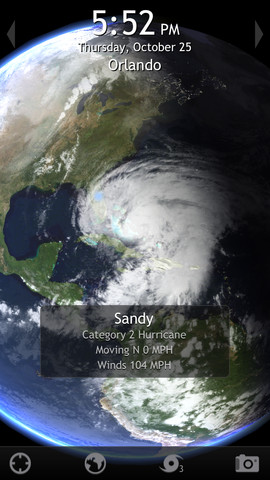 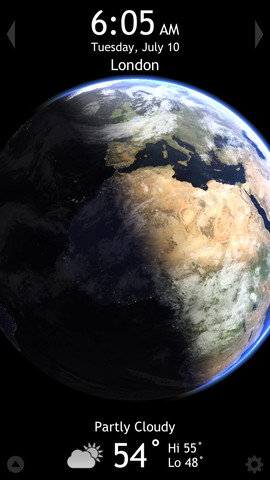 Don’t have time to hit up Starbucks? Grab one of the 42 free promo codes below for the iPhoneinCanada.ca community! Thanks to @MatthewSantoro, @adamhiscox and @swotam! 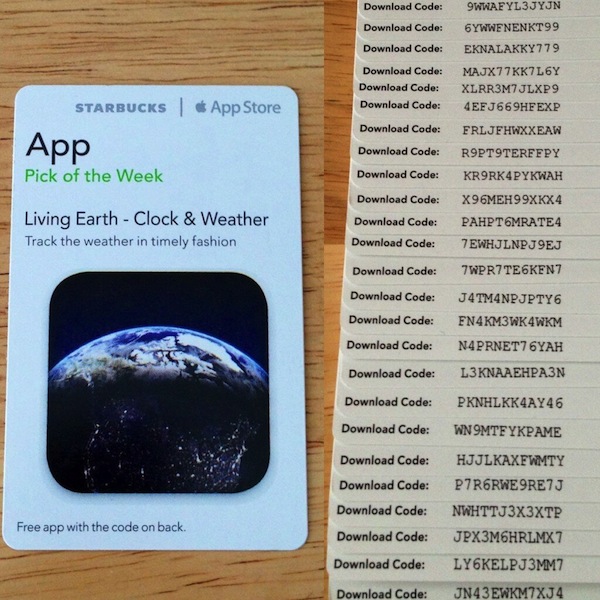 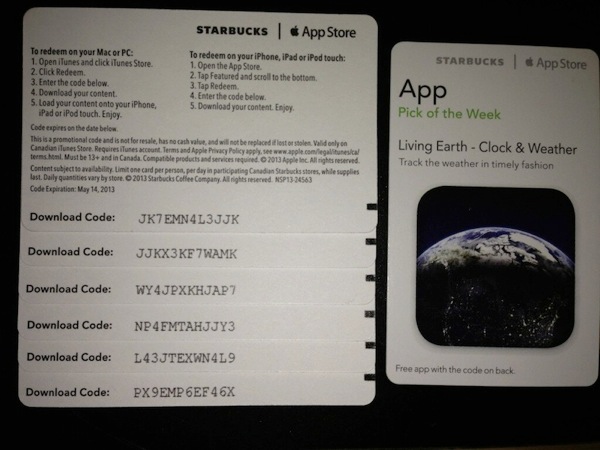 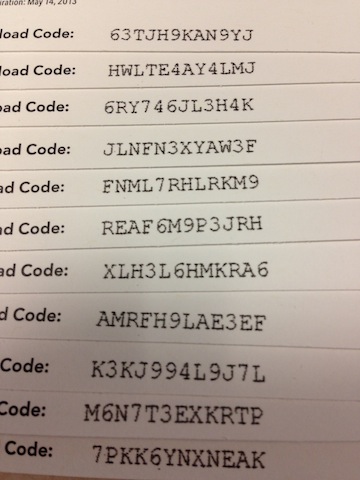 Be sure to thank these guys if you managed to snag a free code!