Absolute Vintage is an application that allows users to create an Old Time vintage photo using faces of yourself or your friends. Normally $1.99, from April 17th to April 20th the app is 50% off!

Absolute Vintage is a really neat application and if you get creative enough, you can have a lot of fun with it.

The app allows users to take a new photo, or get an existing one from the photo library, take a persons face from the photo, and overlay it on another body. The body in this case is a template that looks like a photo taken with an older camera from the 1930 to 1970 era. 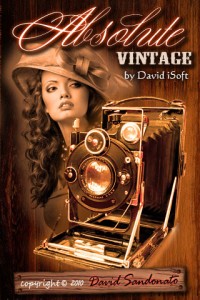 You can read more about Absolute Vintage in our spotlight post.

We also have seven promo codes to give away, but they must be used ASAP! So if you want Absolute Vintage for FREE, quickly post a comment below. First seven comments get a code!

Update: We have our seven winners! Thanks for playing!