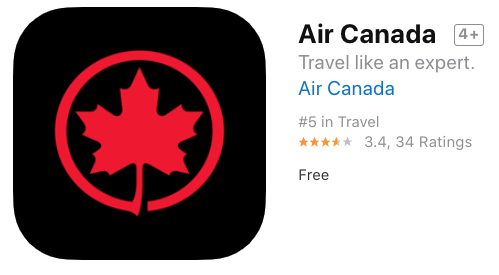 Air Canada has launched a redesigned iPhone app, which will let you “travel like an expert.”

According to the airline, the new app has notifications to keep you informed of booking and flight changes, has a new simplified boarding pass experience (with Apple Wallet support), is optimized for offline use and also will “securely store passenger info”.

Below on the left is a screenshot of the old app; the new app is on the right: 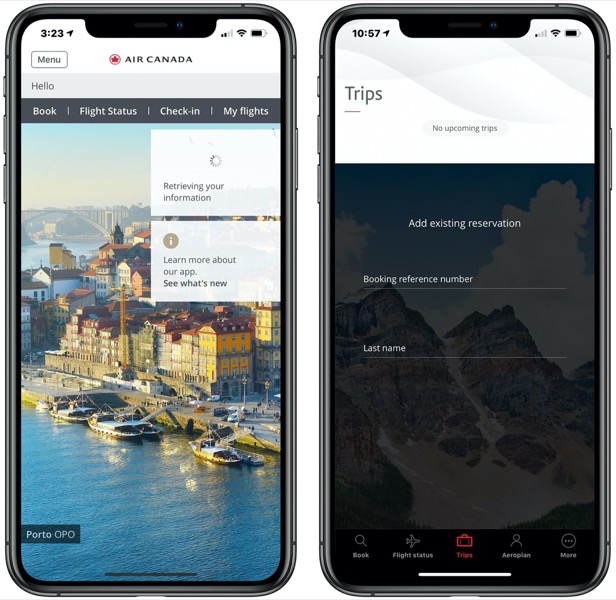 The new app now has a tabbed menu along the bottom, for Book, Flight status, Trips, Aeroplan and More. It launches at the Trips screen by default.

Air Canada says the new app is “simpler to navigate”, has better speed and performance versus the old version, while also designed for “one handed use”. It also has turn-by-turn in-terminal navigation, available in Toronto (YYZ), Montreal (YUL) and Vancouver (YVR), with more to come.

Your boarding pass will appear in the Trips tab as your flight nears, while it will also be saved for offline use. There’s now also a log in for Aeroplan to easily sync bookings to the app.

Click here to download Air Canada for iOS in the App Store. The company’s Apple Watch app no longer exists.

Update Nov. 15, 2019: Air Canada has issued a press release on the launch of their app, noting there were over 18,000 beta testers of the newly refreshed app.

“Air Canada is focused on making travel easier and more comfortable for everyone, particularly through the use of the latest technologies. Beyond the new features launching today, such as interactive airport maps with turn-by-turn directions for travellers, the new app provides the foundation necessary for future developments, most notably the launch of our new Loyalty program in 2020,” said Mark Nasr, Vice President, Loyalty and eCommerce at Air Canada, in a statement. “The app was designed and built entirely in Canada, in our Digital labs enabled by the Air Canada technology team.”