Want to travel the world for free? You can do so vicariously through the latest freebie within the Apple Store iOS app (the retail app, not the App Store), AirPano Travel Book, worth $3.49.

The freebie may be easily missed in the Apple Store iOS app as it’s hidden from view. You need to tap on the ‘Stores’ tab along the bottom, then scroll down and swipe the Apple Watch ad to the left, which will then reveal AirPano Travel Book.

Once you tap AirPano Travel Book, you’ll receive a promo code which you can then redeem in the App Store. 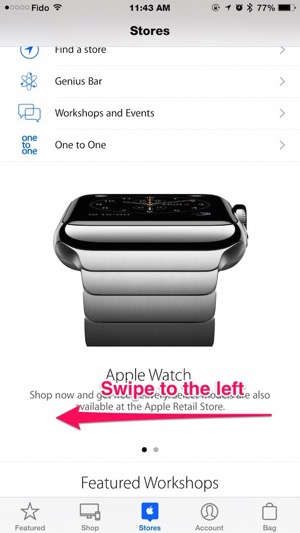 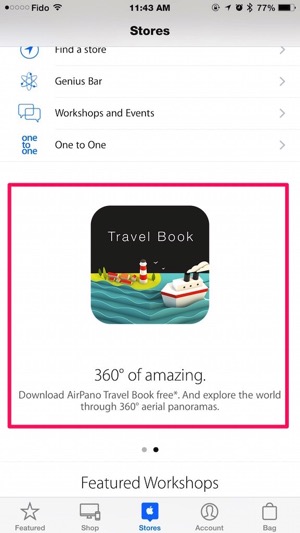 AirPano has over 2000 panoramas and over 200 aerial views of various cities and famous locations around the world, with new images added weekly. The company is a non-profit, established by a small team of Russian photo lovers that create high-res spherical panoramas, which they say is now the largest in the world based on geographical coverage.

Again, AirPano is free ONLY WITHIN THE APPLE STORE iOS APP WHICH GIVES YOU A PROMO CODE, AND NOT THE APP STORE (/capslock).

On a related note, if you haven’t snatched it up already, the current App of the Week available in the App Store is zen puzzler Quell Memento+.