The Alberta Government has officially launched their new Alberta Culture Events Calendar iPhone app, to allow residents to stay in touch with events going on in province, such as festivals, gallery events, performances and more. The app provides details on events such as the time and place plus also enables users to add events right to their calendar.

Heather Klimchuk, Minister of Culture, had this to say:

“By connecting Albertans and other visitors to what’s happening in every corner of our province, we’re helping to build communities, one of the pillars of our cultural policy. Whether your interest is music and theatre, or in museum exhibits, festivals and heritage sites, you can find out what’s going on in and around where you live or where you’re visiting.” 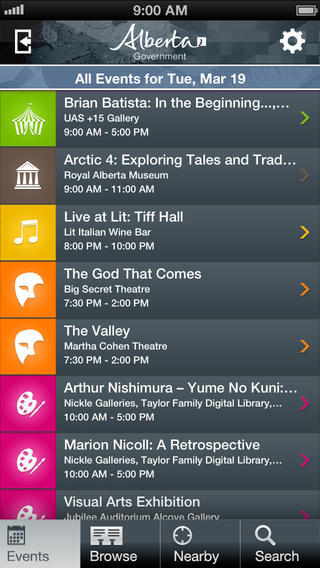 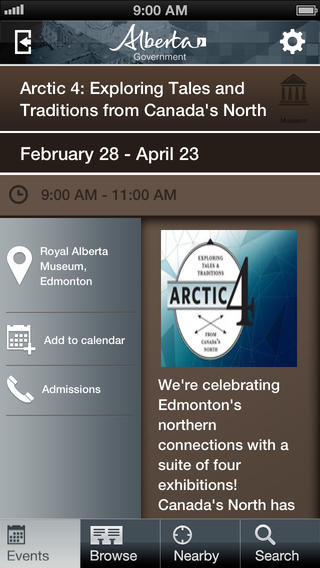 The Alberta government also has a responsive cultural arts website providing the same information, which will automatically adjust to any mobile device. The government says over 6,500 events are set to take place in 2013, surpassing last year’s total of 5,000.