Alberta Health Services has continued to tout its iPhone app that allows citizens in Calgary and Edmonton to view emergency department wait times, aimed at patients with minor ailments (i.e. earaches). The estimates are based on how long it will take a regular patient to see a doctor after being assessed by a triage nurse.

The project is the first of its kind in Canada (it rolled out last July) and the software borrows similar data used to dispatch ambulances, and is updated every two to three minutes. Wait times are categorized based on emergency departments and urgent care and estimated driving times are also provided based on your location. So far, iPhone and Android versions of the app have been downloaded 3500 times. 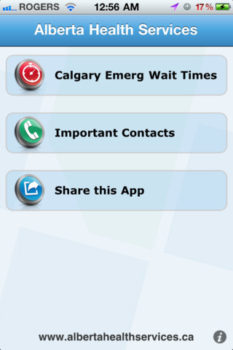 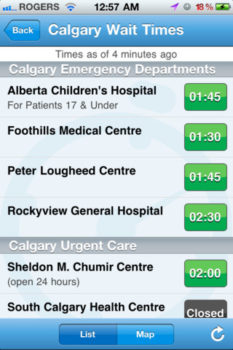 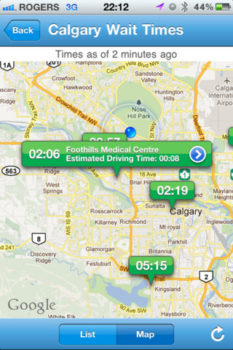 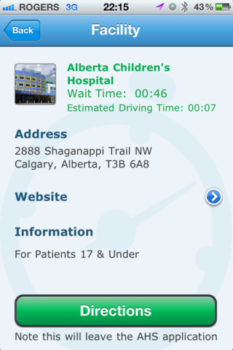 According to the Edmonton Journal, AHS sees the project as providing further public info into emergency room waiting times, which have come under scrutiny by government critics.

Nevertheless, this is a fantastic app when you need it, as there’s nothing worse than being stuck in an emergency waiting room for hours on end. Being able to choose a hospital with the shortest emergency waiting time is very beneficial for people requiring immediate non-life threatening care.