Traditionally, customers would bring the shoe they want to try on to an employee, who will then go find your shoe size. But for those tired of waiting, you can now use the Aldo Shoes app to scan a shoe’s barcode and request your size. Once that’s done, an “an associate will receive your try-on request and will serve you in a flash.” 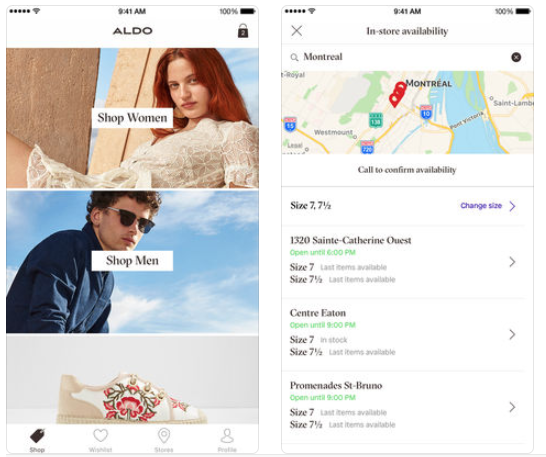 According to Aldo, this new feature will require users to have location services and Bluetooth enabled on your iPhone for it to work. Apple as recognized this latest Aldo update as one worth checking out in the App Store.

The Aldo app in the fall of 2016 gained a feature which let customers view their product ‘likes’ in-store when they launched the app, plus scan products to view more info.