Today celebrates 10 years of Apple’s App Store, which has changed the way we use our smartphones. Apple shared a trip down memory lane a while back, but on today’s anniversary, developers such as Toronto’s Built by Snowman, the team behind Alto’s Adventures, has reflected on today’s milestone.

Ryan Cash, founder of Built by Snowman, has shared his thoughts on 10 years of the App Store:

This is all true on a personal level for me, but it’s also changed the course of my career. I say this quite honestly: I have no idea what I would be doing if it weren’t for the iPhone and the App Store. I don’t think there’s anything I’d rather be doing, and can’t think of any other invention or platform that’d let me do what I love doing most: creating things.

The App Store has truly changed my life, and continues to do so every day. I couldn’t be more grateful to be part of this and I’m so lucky that I was in the right place at the right time, and had the privilege of being in a position to take the risk to go out on my own. 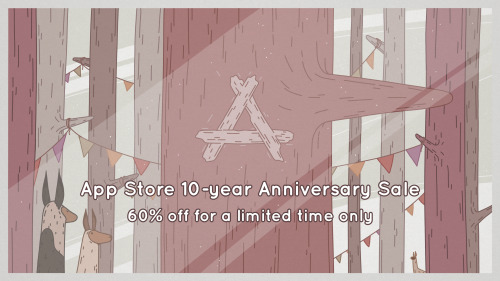 The developers launched their newest game, Alto’s Odyssey, back in February. The follow-up title earned the developers an Apple Design Award at 2018 WWDC.

To check out a list of games which have spent the most time at #1 on App Store charts, click here.