Toronto-based developers Snowman have announced their endless runner adventure title Alto’s Adventure will be launching in time for the new Apple TV, set to arrive tomorrow. Existing users can download the game and start playing right away. The game supports iCloud so users can immediately continue on their new Apple TV where they left off on their iPhone or iPad.

The developers explained via email today’s version 1.2 brings Apple TV syncing, MFi Game Controller support and more. The Snowman team explained they had always wanted to bring the game to the big screen and had tested early versions over AirPlay, but “with tvOS we’re finally able to deliver Alto’s Adventure as a truly native TV experience that everyone can enjoy.” 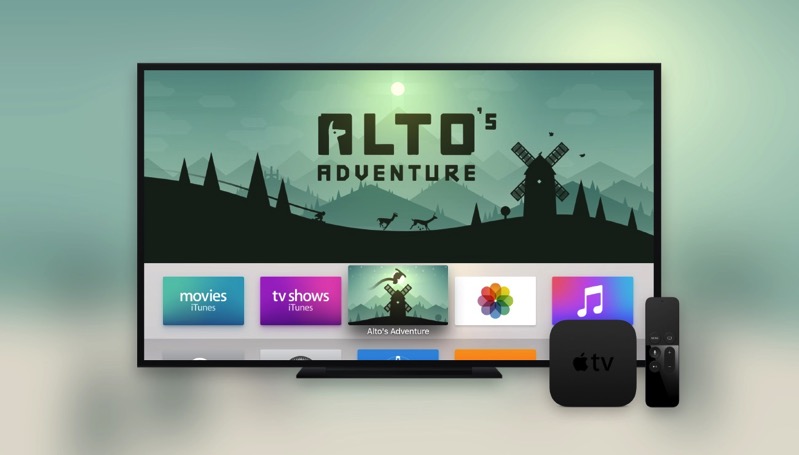 Alto’s Adventure launched earlier this year and topped the paid App Store charts in Canada, while also was featured by Apple. The game features some pretty nice physics, graphics, music and game play, which has resulted in an average 4.5 out of 5 star rating in iTunes, based on nearly 600 reviews.