Amazon Music for Artists App Launches on iOS and Android 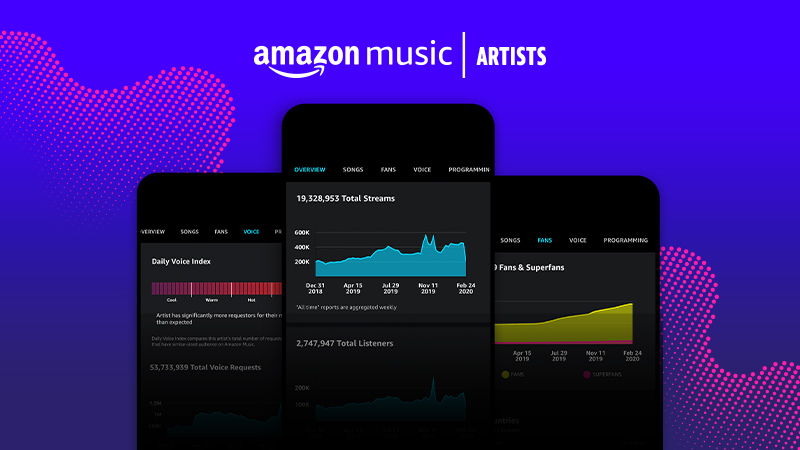 Amazon Music has launched a new iOS and Android app called Amazon Music for Artists, which lets musicians gain more data and trends on how fans are listening to their songs.

The audience data can help musicians plan their next marketing plans as an example, thanks to real-time metrics explains Amazon to iPhone in Canada. 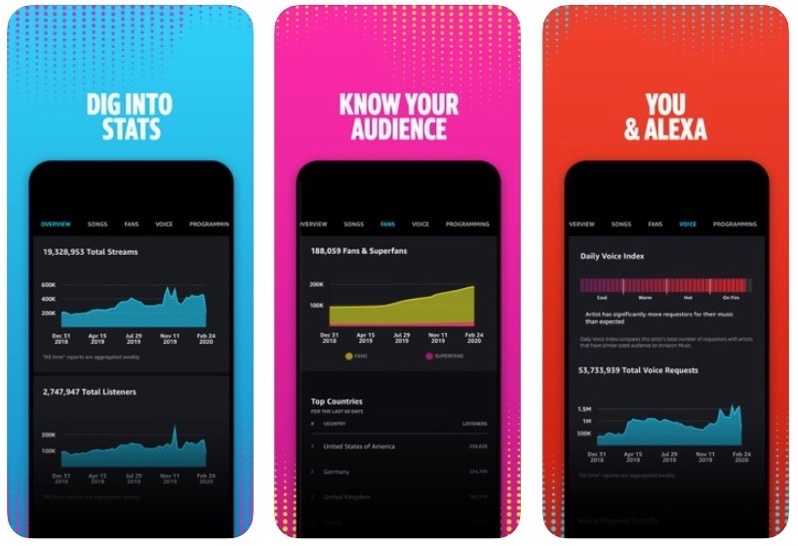 Artists and their teams will be able to gain global data on how their streams are doing on tracks and albums, plus how songs are performing with Alexa on Amazon Music (known as the Daily Voice Index). Other details will show the performance of music on curated playlists and stations, showing what fans are listening to.

Musicians will also be able to see data from their fans and superfans, while set custom date filters to choose specific periods to see metrics, including the last 24 hours of a release.

Amazon Music for Artists can be downloaded here for iPhone and here for Android. There’s also a companion website at artists.amazonmusic.com.